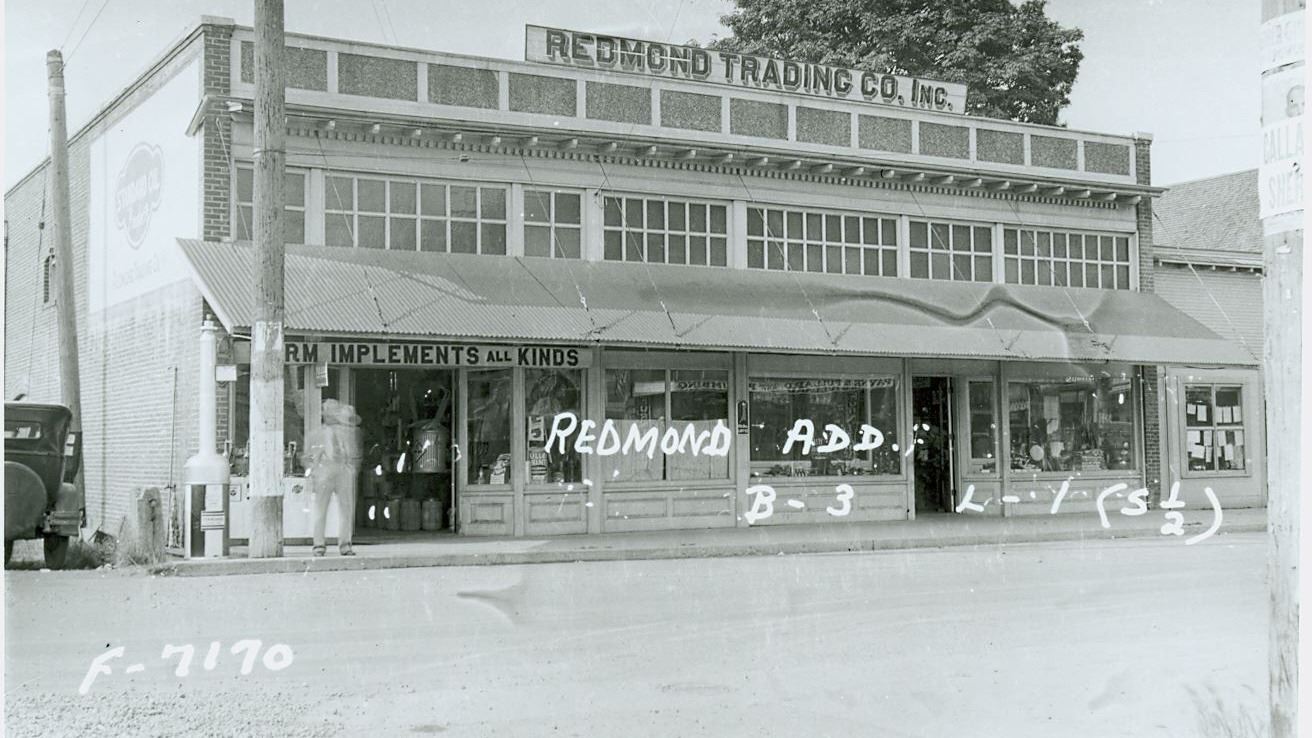 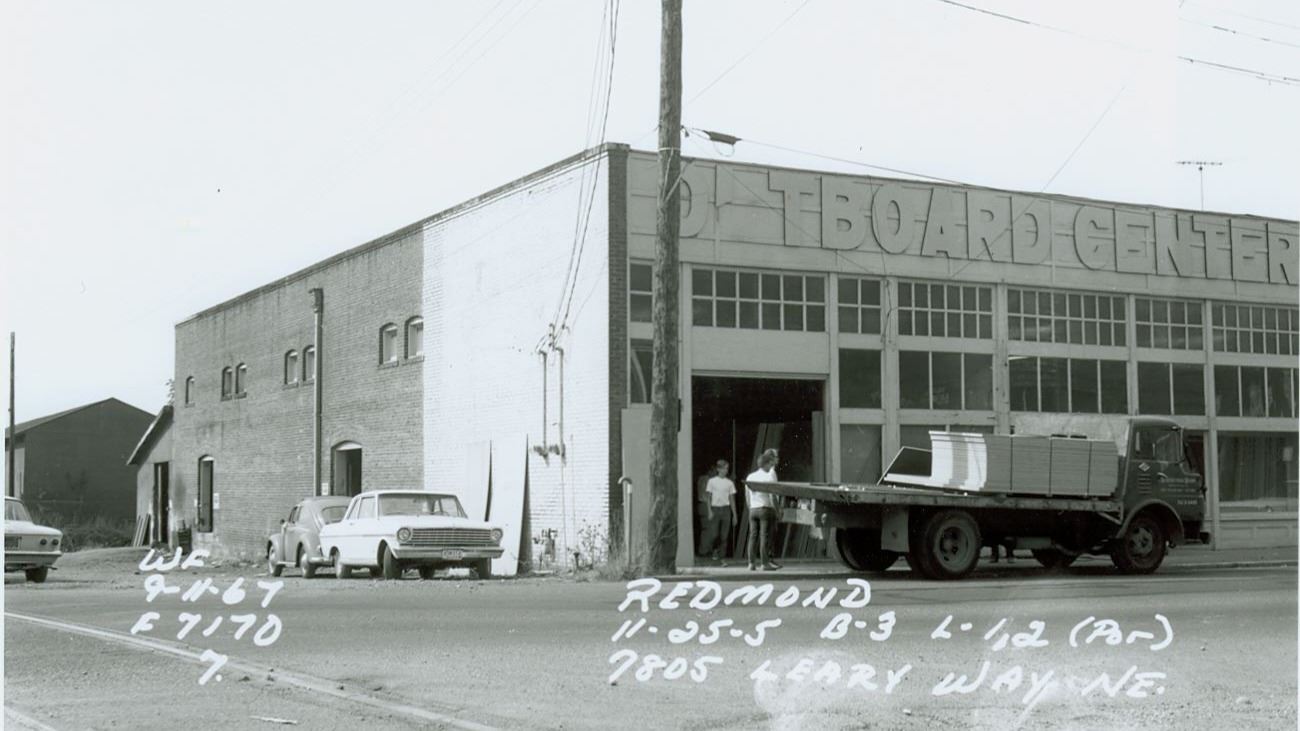 The Redmond Trading Company spent 47 of its 50 years in this 1910 building that now houses Half Price Books. Another noteworthy tenant was Kustom Kraft, a boat manufacturer.

History also surprises us.  In 2008, during a significant remodel, the manager at the time had opportunity to enter a small crawl space that is usually inaccessible. She found a large bone thought to be a femur. She might have discovered a connection to older days of the Trading Company’s farm supply business.

The Redmond Trading Company was established by Fredrick Riel, William Howell, and Charlie and Hays Huffman. It was considered the anchor store for Redmond for nearly 50 years, as well as one of the largest businesses in Redmond.

The building was constructed in 1910 of red brick and was the first masonry buildings in the community.  It replaced a 1908 wooden structure.

The store held multiple conveniences including a post office. Redmond’s first gasoline tank was installed on the south side of the store, facing the former railroad tracks. The goods sold at the Redmond Trading Company ranged from bins of dry goods and grain, hardware, and cloth. It also contained containers of dried prunes, beans, sugar, mocha, tapioca, and penny candies.

The Redmond Trading Company building has housed several commercial uses, been a warehouse, served as a food bank, and is presently Half Price Books. Today this building is a reminder of the City’s early commercial development and marks the beginning of the transition from wood to more permanent building materials.