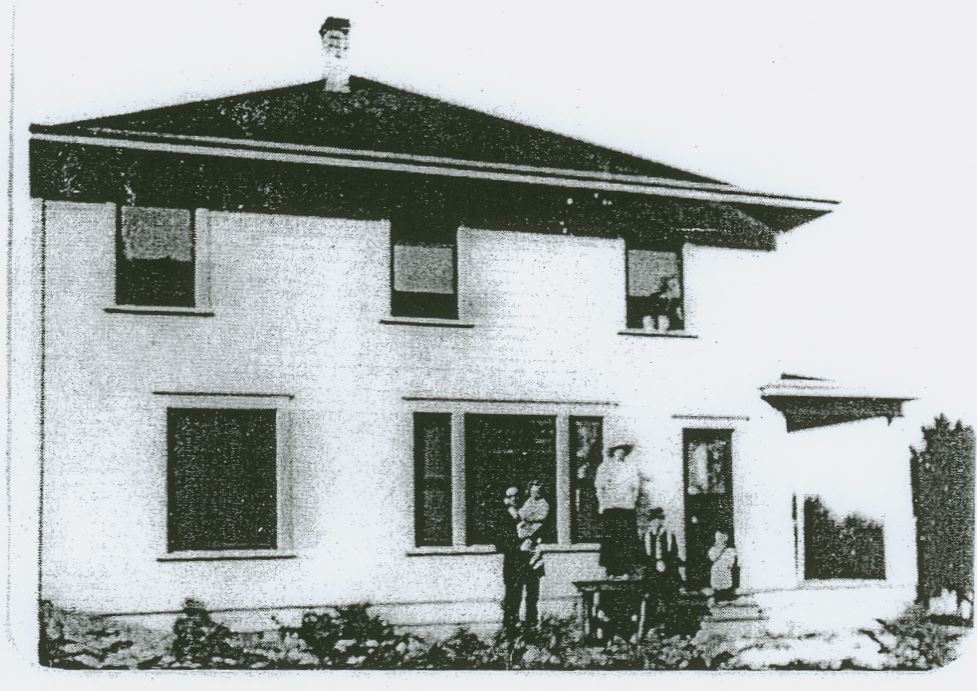 Along with Luke McRedmond, William Perrigo was one of Redmond's first settlers. He and his wife Matilda built this farmhouse in 1909 and ran a small trading company out of it before establishing a new store, located to the south of this location. The house now serves as residential duplex within the Eagle Rim Apartment complex.

William Perrigo was one of the first settlers in Redmond and one of its founders. He arrived in Redmond from New Brunswick, Canada in 1872, en route to visit his brother Warren Perrigo. Warren had started a small trading station in Redmond in the 1890’s. The business became more successful from the loyalty of other settlers, miners, loggers, and local Indians. In 1909, the Perrigo's lost their cabin to fire, leading to the construction of a new home - the Perrigo Farm House. The original porch posts of their former home were salvaged and incorporated into the new house.

William Perrigo was one of the City’s largest land holders, once owning all of Education Hill totaling 777 acres of land. He was a significant contributor to the commercial development of Redmond as we see it today, donating land for the first site of the Redmond Methodist Church, Redmond Elementary School, and the City’s first water system. William Perrigo died in 1930.