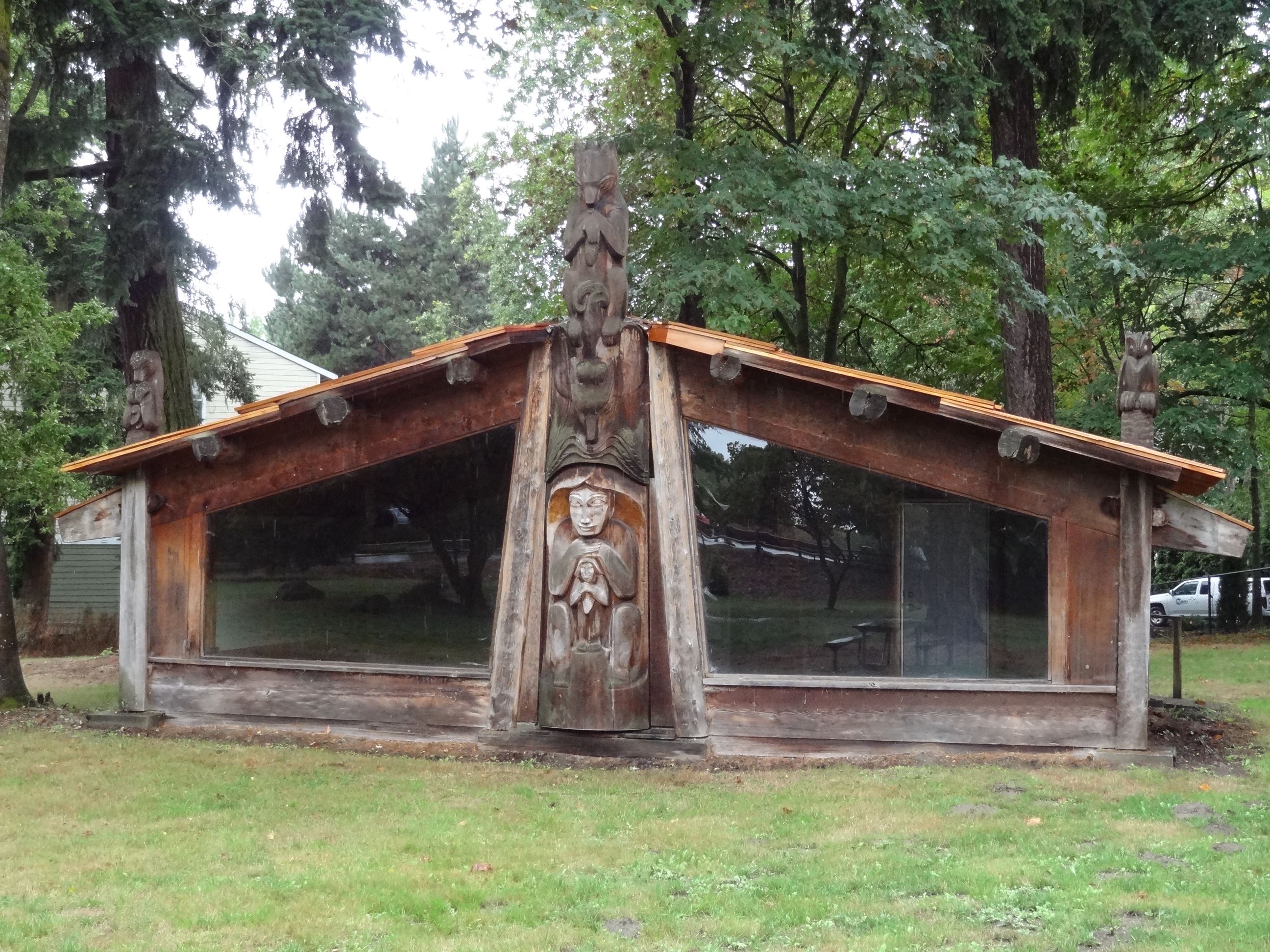 This site is known for its association with local wood carver Dudley Carter, who lived and worked at this location in his later years. Carter built this Haida House studio elsewhere in the region and reassembled it on this site. A master plan process is underway for this site, also known as Slough Park.

Dudley Carter was a sculptor best known for axe-carving large wooden sculptures and totem or story poles. Carter learned his carving skills during a period of his early life spent living with the Kwakiutl Indians of British Columbia. He became well known for his carvings in 1947, when featured at the Bellevue Arts and Crafts Fair.

The Haida House Studio is a post-and-beam building constructed by Carter about 1980 at his home in Bellevue using traditional Haida techniques, without the use of nails or bolts and was intended to reflect the construction of a traditional Native American longhouse.

It was the fourth Haida house Carter had built since 1935. In 1984 when Carter moved from his Bellevue-Redmond property, he disassembled the house and stored it in pieces in Marymoor Park. Carter then moved to Slough House Park in 1987, bringing the Haida house with him. In that same year, he was chosen as King County’s first artist-in-residence. In 1991, Carter began reconstructing the house for use as his studio.

He died in 1991 at the age of 101 before he could complete the reconstruction. Carter's grandson, along with volunteers, completed it. Dudley Carter continued to carve and complete major commissions up until his death. He produced over 200 works of art, some of which are located at the University of Washington, Henry Art Gallery, Bellevue Square, Redmond Library, and the Seattle Art Museum as well as in numerous private collections. A totem sculpture in Marymoor Park is one of his larger carvings.