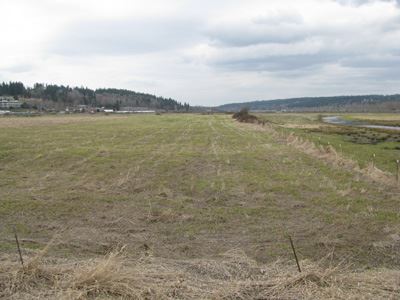 The City contracted with a consultant to prepare a Master Plan for this site. The consultant reviewed historical records, and conducted a wetland delineation and a topographic survey. This data provided baseline information used to determine programming and development options for the site.

A public involvement process began in July 2009 to solicit ideas on how to design a public park space at this location. In September 2009, the project team met with the public to present three alternative designs for the park and to seek opinions on the preferred alternative. The master plan was finalized in the spring of 2010, then underwent a SEPA review. Council adopted the master plan in November 2010.

Sammamish Valley Park is located on the corner of NE 116th Street and Willows Road, approximately 0.25 miles west of the Sammamish River, the Sammamish River Trail and King County's Sixty Acres Park. The 32-acre park was formerly used for agricultural purposes. It is currently vacant, relatively flat and contains wetlands. It is adjacent to other agricultural uses, a golf course, and commercial development. The property is also close to a developing residential neighborhood to the east.

A master plan was developed in order to plan for the future development of the park, including projected cost estimates, so the City can identify funding sources for the eventual construction. The following is a brief explanation of the park planning and development process: