The ten acre Smith Woods is located in the rapidly developing North Redmond neighborhood, with more than 4,000 residents, just south of the City limits along NE 124th Street. There are no public parks in this neighborhood.

The west part of the site is undeveloped and contains wooded wetland, a small stream and a pond. The east part of the site once included a home, garden, and several out-buildings, though these have all been removed. This eastern side has large lawn areas and is more open than the west side. 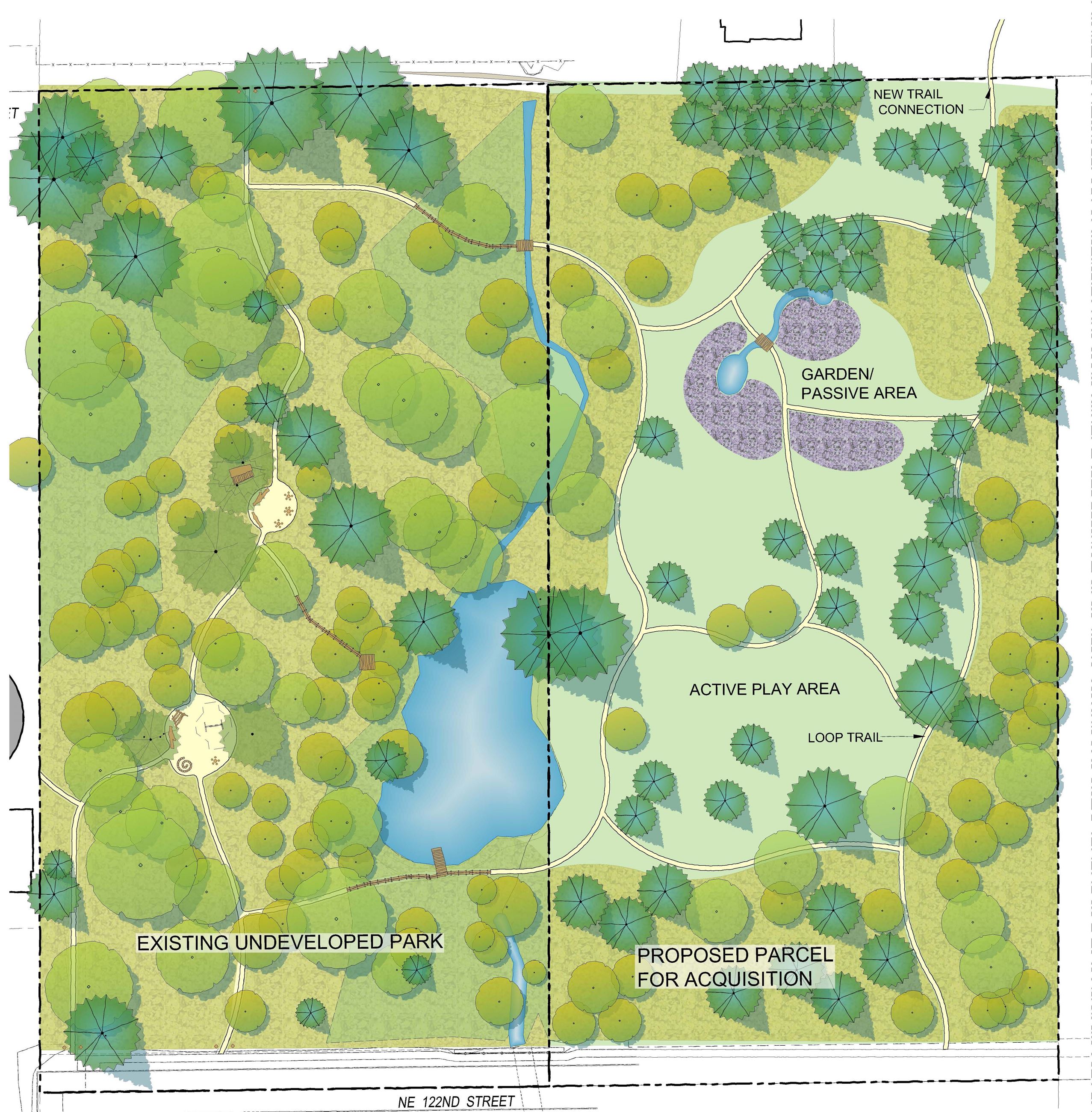 In 2000, the City acquired five acres of property from the Smith family for this park located east of 176th Avenue NE between NE 122nd and NE 124th Streets. The City master planned the original five-acre park property between 2009 and 2010. Studies conducted during the master plan phase confirmed that much of the land is covered with natural critical areas and there is limited land available for open play areas or picnicking, as is normally associated with a neighborhood park. Therefore, in 2011 the City acquired another five acres of property with large expanses of grass and beautiful mature trees, immediately adjacent to the east. Together these create a ten-acre park site.

A general concept of the entire 10-acre park is shown.  Community members are interested in features such as a picnic area, pavilion/ overlook at a high point on the site, stream crossing, native and ornamental gardens, and natural play elements.

The residents in the neighborhood were excited to get started on the park, so some minor projects were carried out after the completion of the master plan. These initial projects included some trail construction and creation of some natural play/art elements by City staff, an artist and members of the public.

Funding for the construction of this park is not in the six-year capital improvement program for the City. However, a potential levy lid lift could provide funding for the first phase of the project to be constructed in the next six years. The City will work with the community to identify the highest priority projects prior to design and construction.