Redmond is the seventh most populous city in King County and the sixteenth most populous city in the State of Washington, with a residential population of approximately 59,180 in 2015. It encompasses an area of over 17.14 square miles and is located less than 20 miles east of downtown Seattle at the north end of Lake Sammamish. The city prides itself for its high quality of life with good schools, a healthy economic base, a parks system that provides a variety of active and passive recreational opportunities, diverse offerings for shopping and dining, safe neighborhoods, and an emphasis on quality development and protection of the natural environment.

Redmond's park system consists of 31 developed and 14 undeveloped parks on over 1,345 acres and 29 miles of developed trails. Facilities range from community, neighborhood, and resource parks to undeveloped open space, beautification areas, and gathering places. They include a waterfront park on Lake Sammamish (Idylwood), a wildlife preserve known as the Redmond Watershed, and a farm with equestrian facilities at Farrel-McWhirter Park. Recreation programs provide learning, socializing, and entertainment opportunities for preschoolers through senior adults and an active cultural arts scene. Facilities include a senior center, a teen center, a community center, and two log cabins at Anderson Park. In addition, King County operates numerous trail connections with Redmond's system and points beyond. 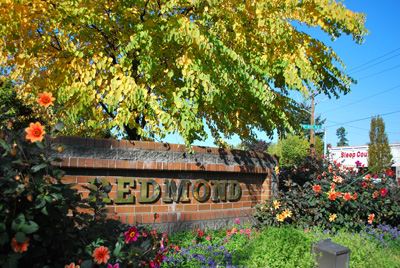 As Redmond continues to evolve into a thriving city of increasing diversity, it seeks to promote its sense of community through programs designed to celebrate its heritage, enhance its neighborhoods, and preserve its historical and natural treasures.

With 53 schools and more than 24,000 students, the Lake Washington School District, the school district for the cities of Redmond, Sammamish and Kirkland combined, is one of the largest in the state. It is also a reflection of the community it serves, generally upper middle class and technology-comfortable. Scores on standardized tests place the district in the state's top 10 percent. The curriculum has been praised in several national education publications for its comprehensive approach to student-centered learning, and over 100 districts around the country are adapting it for their own use.