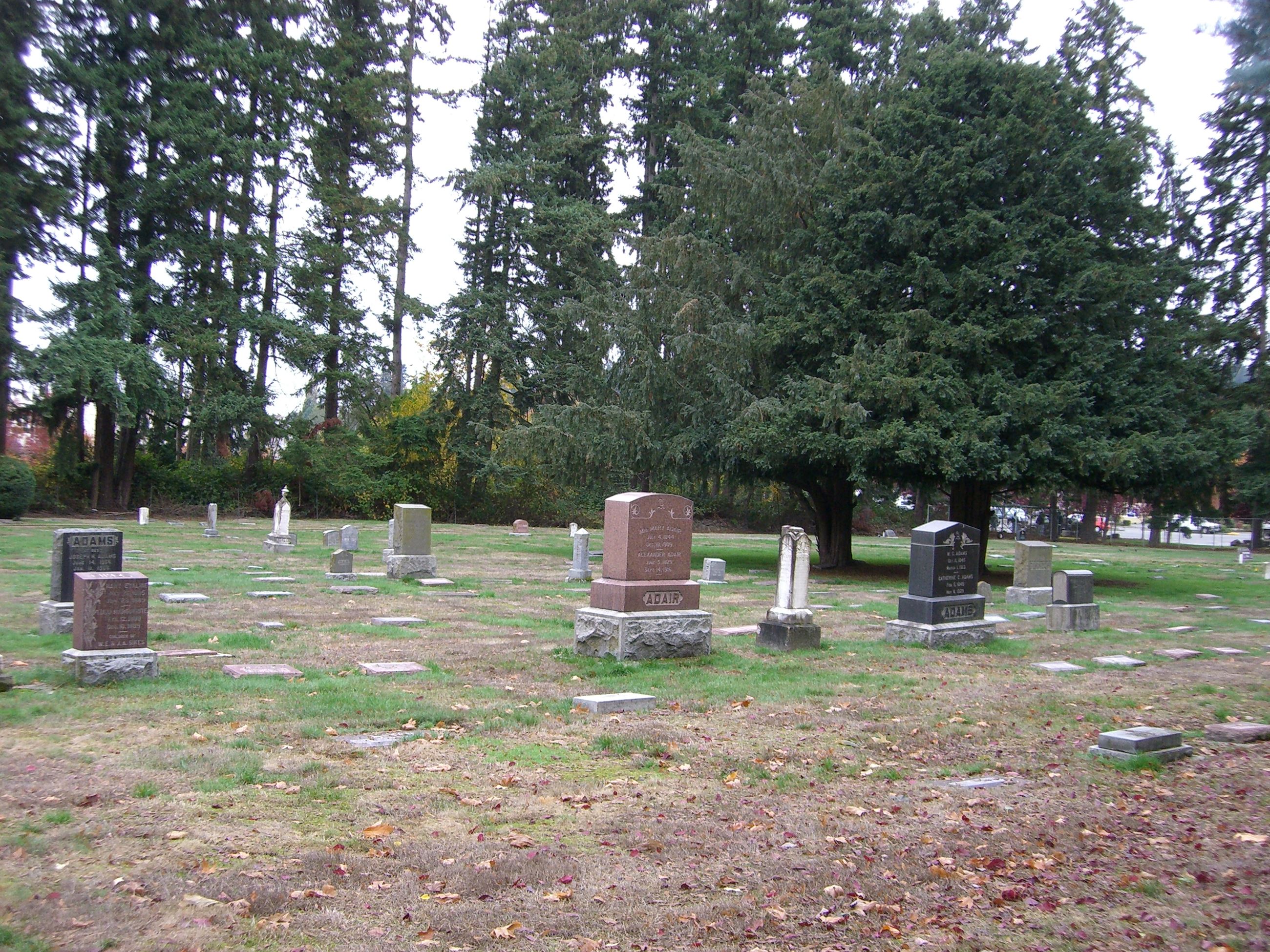 This community cemetery is the final resting place of many members of early Redmond families, including the Adair, Olsen, Perrigo, and Sikes families.  The cemetery is owned and operated by Cedar Lawns Memorial Park and Funeral Home at 425-885-2414

The Redmond Pioneer Cemetery was established in 1886 and maintains over 1,300 burial sites. The land for the cemetery was thought to be donated by the Tosh and Perrigo families but after more research it was learned that neither Tosh nor Perrigo owned the land. John Perry homesteaded the land in 1885 and was likely the donor of the land.

The cemetery contains the remains of many of the people associated with the founding and development of Redmond including:

The surnames in the cemetery appear largely Anglo and Scandinavian reflecting the logging and general early development of the region. Grave markers in the cemetery reflect the cultural diversity of early residents.

FOR INFORMATION ABOUT PLOT
RECORDS AND BURIALS AT REDMOND PIONEER CEMETERY

For information about this designated landmark property and its history, please contact City staff and the Redmond Historical Society.