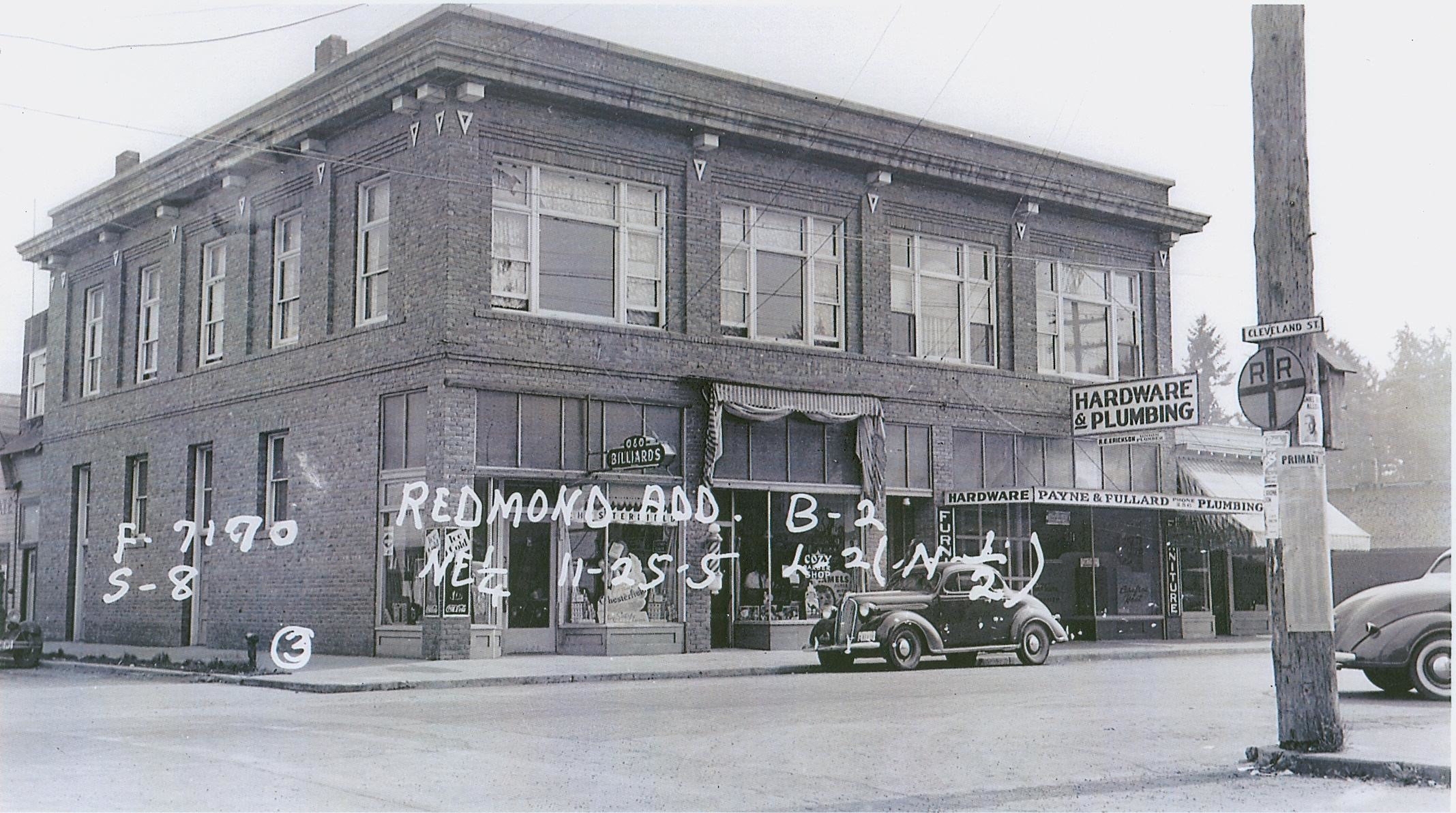 Currently home to the Matador Restaurant, the Bill Brown Saloon (located at 7824 Leary Way NE) was built in 1913 by Bill Brown, Redmond's Mayor from 1919 to 1948. The building has had a wide variety of occupants including a dance hall, Town Council meeting place, barber shop, undertaker, interior designer, hardware store, dance studio, and restaurants.

The Bill Brown Saloon building was constructed in 1913 by William Bill Brown. The saloon replaced a wooden structure built around 1910. Made of red brick, it was one of the town’s most handsome buildings and once the tallest building in Redmond. When first built, the first floor held a variety of establishments, including:

The second floor served as a community gathering place with a dance hall and a brothel.
Bill Brown was also the Mayor of Redmond from 1919 to 1948 and a King County Commissioner from 1924 to 1932.

With prohibition, the saloon closed. Since that time, there have been many other occupants. From 1915 to 1927 the second floor served as a makeshift City Hall where town council meetings and civil business took place. Other occupants have been an interior designer, hardware store, dance studio, and various restaurants.

Today the building is occupied by the Matador Restaurant and still looks as it did in 1913.