The goal of IDDE is to reduce the amount of stormwater pollution reaching streams, groundwater, Lake Sammamish, and any of Redmond's creeks from stormwater drainage systems.

Most importantly:  if you SEE something, REPORT it! Call our Report Spills number. 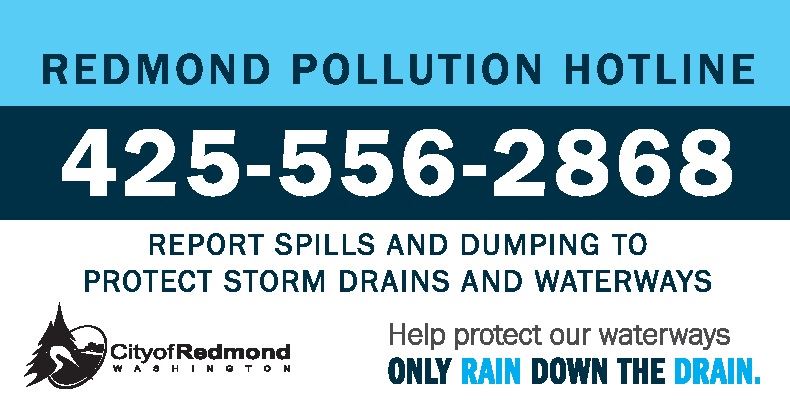