Situated at the east entrance of King County's Marymoor Park, this 20,000-square-foot community center offers activities, rentals, and a comfortable space to disconnect and recharge. Enjoy drop-in activities for all ages, work out in our drop-in fitness studio, rent a state-of-the-art meeting room, and more! Click through the tabs below to learn more about the Redmond Community Center at Marymoor Village. 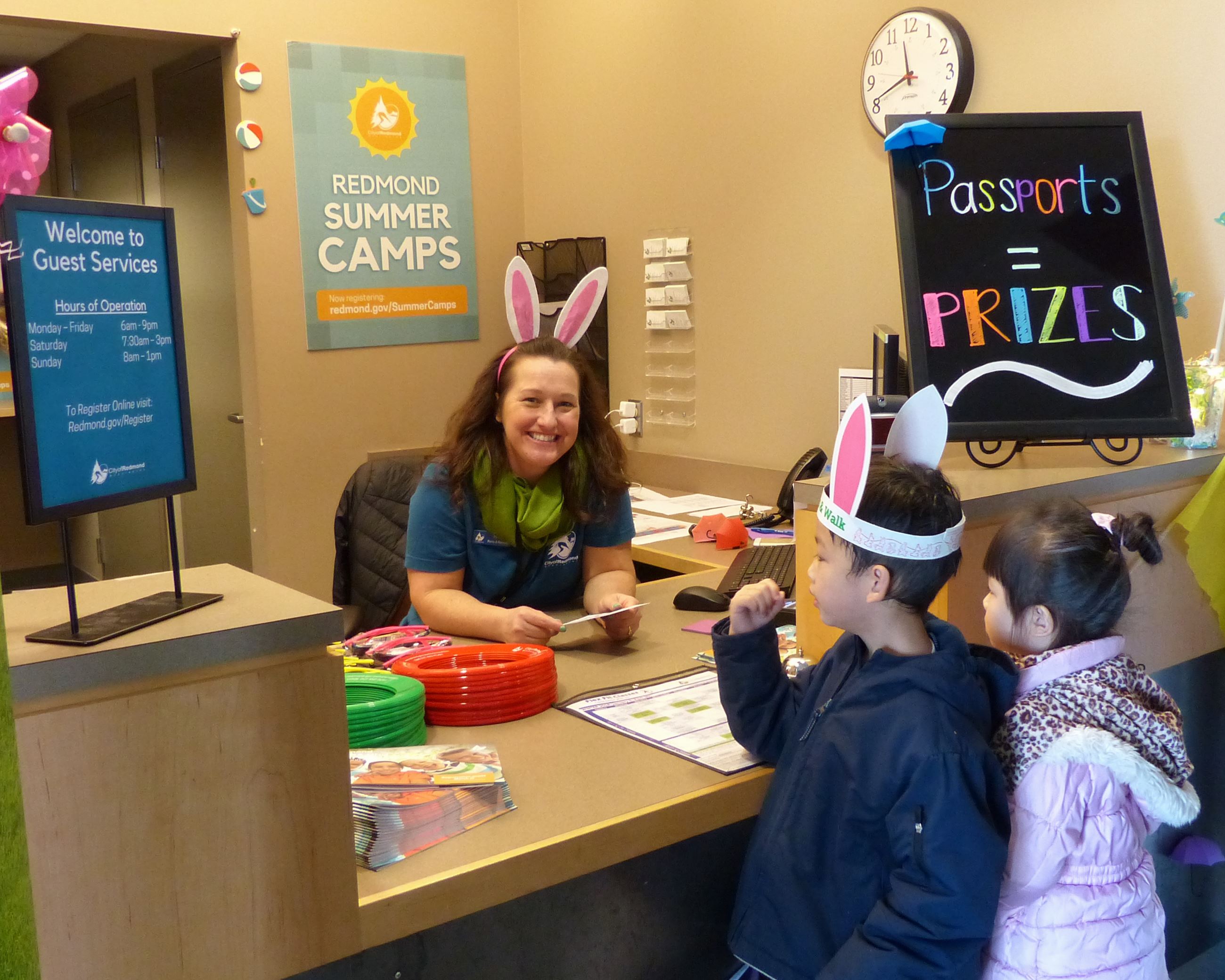 The Redmond Community Center is host to a variety of seasonal and year-long activities for all ages.

Attend one of the many fitness classes or drop in for a workout at the Fitness Studio, featuring cardio and strength equipment. Learn more about our fitness passes.

Activities for All Ages

STEM, language, and cultural enrichment are offered as well as activities ranging from movie nights to the Community Sing-Along, to summer camps. View a complete list of activities, learn more, and sign up here.

Host an event, celebration, or upcoming gathering at the Redmond Community Center at Marymoor Village. Learn more about our rental opportunities, or submit a rental inquiry.

The Redmond Community Center at Marymoor Village opened in January 2018.  Within this facility, the community has access to activities, rentals, and comfortable spaces to connect and recharge. Services include summer camps, drop-in activities, summer camps, senior activities, art classes, community programs, and rentals.

Between 2000-2017, the Old Redmond Schoolhouse was the City's primary community center. In May of 2016, the City received notice that the lease was set to expire in June 2018. Due to significant growth of the student body in Redmond, the LWSD engaged the community in developing options for adding new classroom space to the system. A recommendation was made to provide a centralized preschool program in the Old Redmond Schoolhouse, which was approved in the LWSD’s 2016 bond package. LWSD worked with the City on a plan to transition recreation programs before the summer of 2018.

The City established a Community Center Transition Plan to identify new space and maintain continuity of operations during the transition. On June 6, 2017, City Council authorized the Mayor to sign an agreement with Lake Washington Institute of Technology (LWIT) to lease their 20,000 sf Redmond Campus building. Council also approved the City’s Community Center Transition Plan and associated costs, which included the decommissioning of the Old Redmond Schoolhouse, moving expenses, and modifications of new and existing spaces to accommodate most services, rentals and activities.

In January 2018, the City relocated from the Old Redmond Schoolhouse to the Redmond Community Center at Marymoor Village. The City also invested in modifications of community center spaces to meet use group needs and enhance spaces. Modifications include:

•    New tables and chairs to accommodate rental groups and activities

When the Redmond Senior Center closed in September 2019, many senior activities were relocated to the Redmond Community Center. This building continues to be a primary location for Parks and Recreation services in Redmond.