Recently contractors discovered an existing but unknown condition. The substructure of the pool is compromised; there are areas where concrete has deteriorated leaving aggregate and rusting rebar behind. The damage extends sporadically from approximately 1’ to 5’ off the bottom of the pool’s deep end. This unexpected repair will take approximately 3 months to correct the substructure and complete the pool lining. To accommodate this unexpected delay the Redmond Pool will not open in November as previously scheduled and will remain closed to complete both Phase 1 and 2 and is expected to re-open in fall of 2020.

While our contractor was demolishing the lining in the deep end of the pool, an existing but unknown condition was discovered. The substructure of the pool is compromised; there are areas where concrete has deteriorated leaving aggregate and rusting rebar behind. Anderson Poolworks investigated on Tuesday, 10/22/19 and found the damage extends sporadically from approximately 1’ to 5’ off of the bottom of the pool’s deep end.

The pool was scheduled to open in November after the first phase of work was completed but due to these new developments, we will calculate a new timeline for the pool when we have determined the scope of work for the structural engineers and Anderson Poolworks. We hope to have the new timeline available next week. 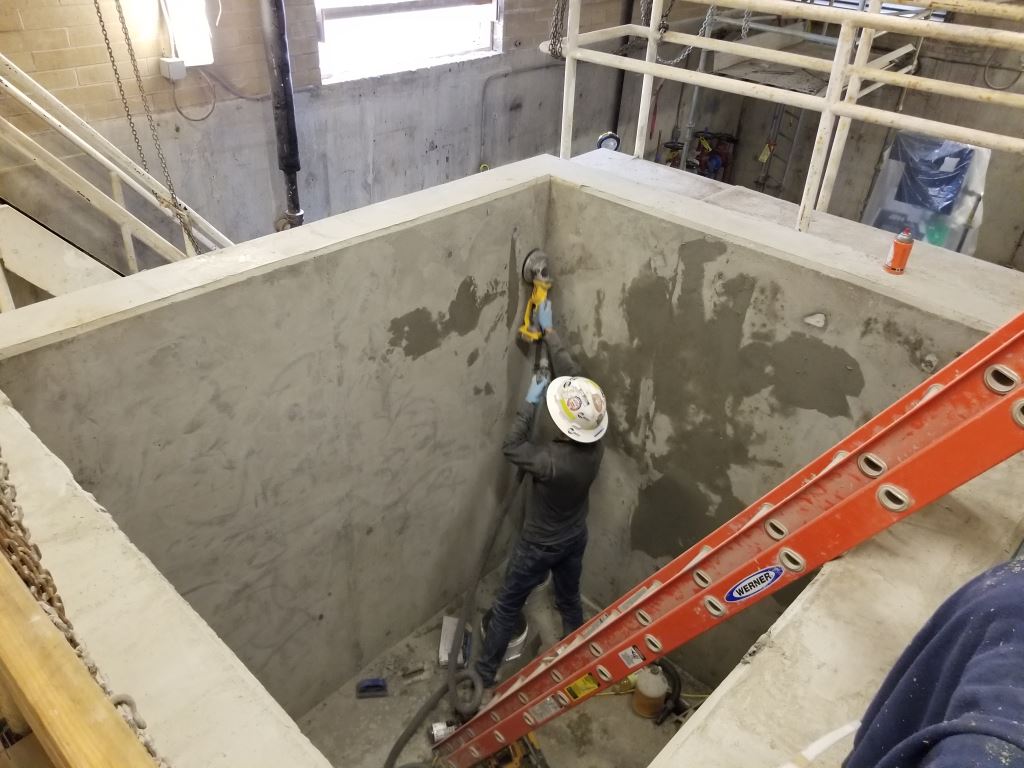 The boilers were set up in their final location, and gas lines were reworked to the mechanical room. The domestic water lines over the pool were also replaced. Crews onsite continued to work on the air ducts, mechanical room, and the roof this week. 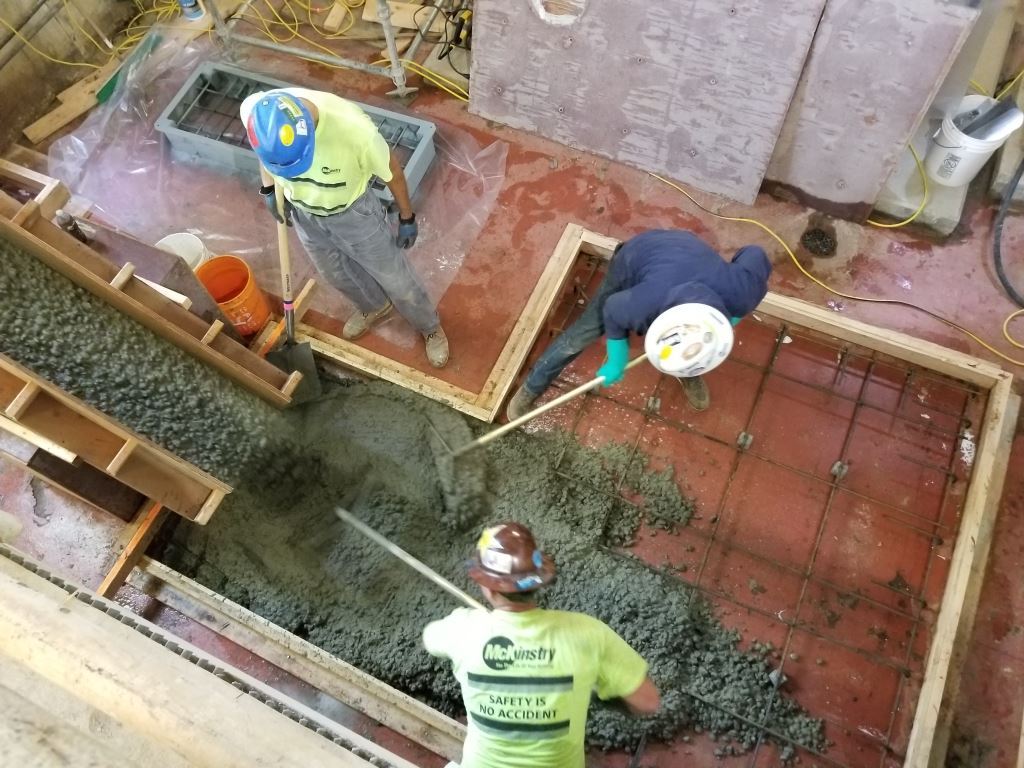 Crews did demo work on the drywall throughout the facility, concrete pads were poured into the mechanical room for the equipment, and new boilers were placed. Work also continued on the roof, where details around the edges of the upper roof was completed. 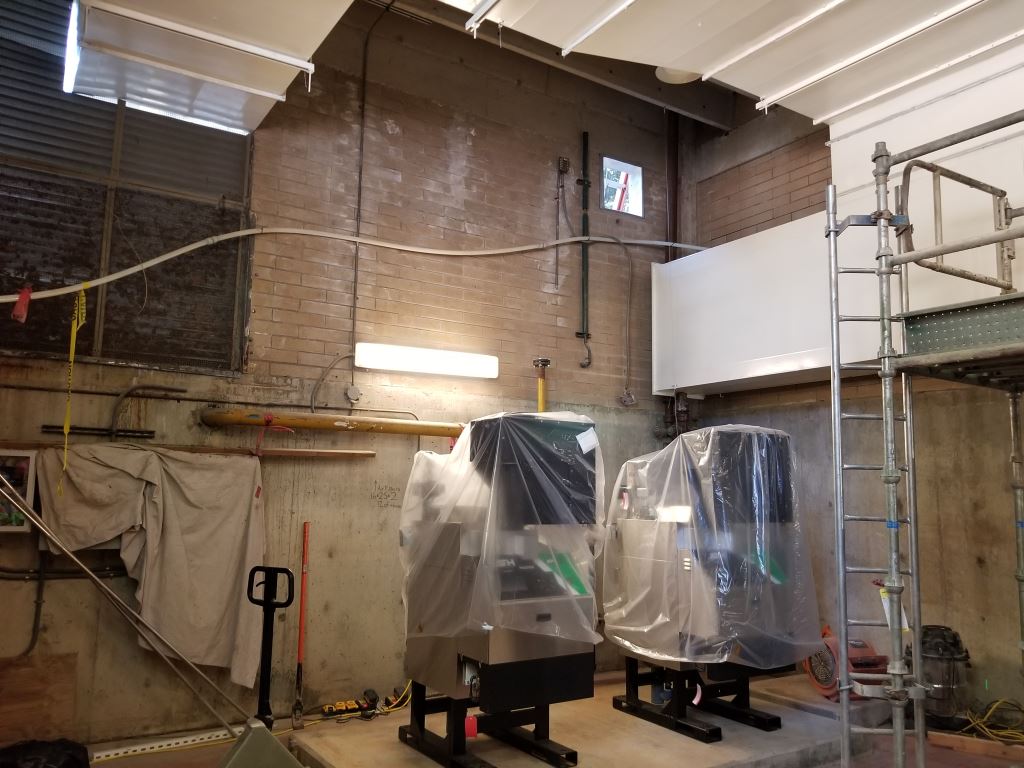 Crews completed welding on the structural steel frame, completed ductwork and finalized the insulation taper and roofing on the upper roof. 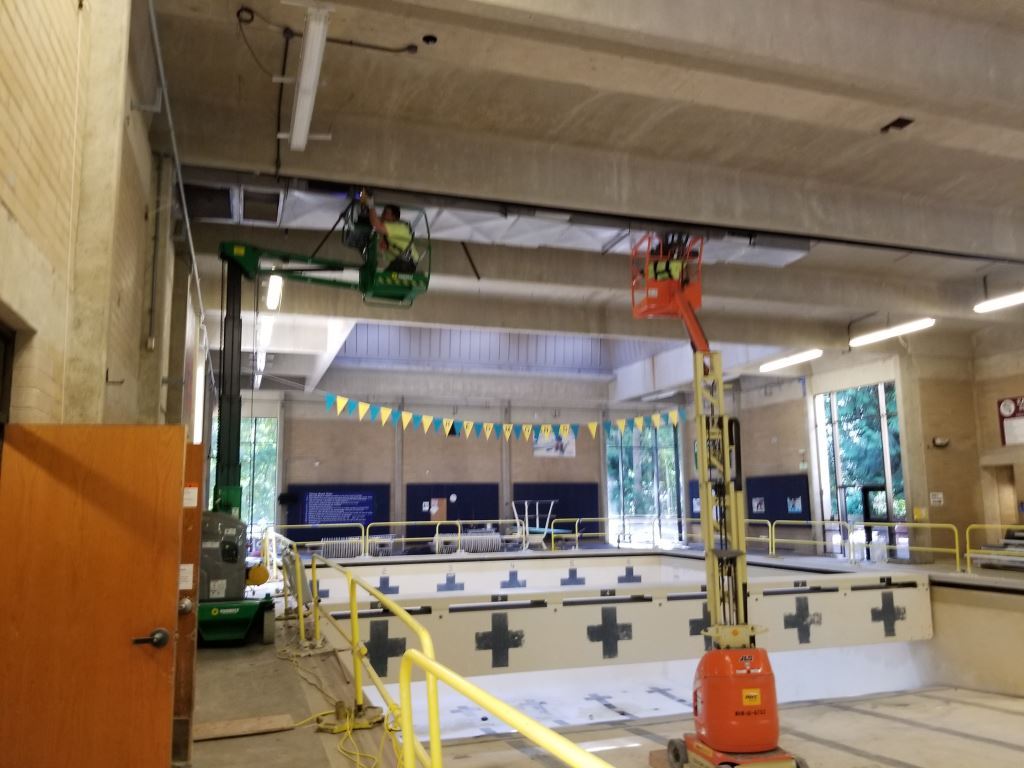 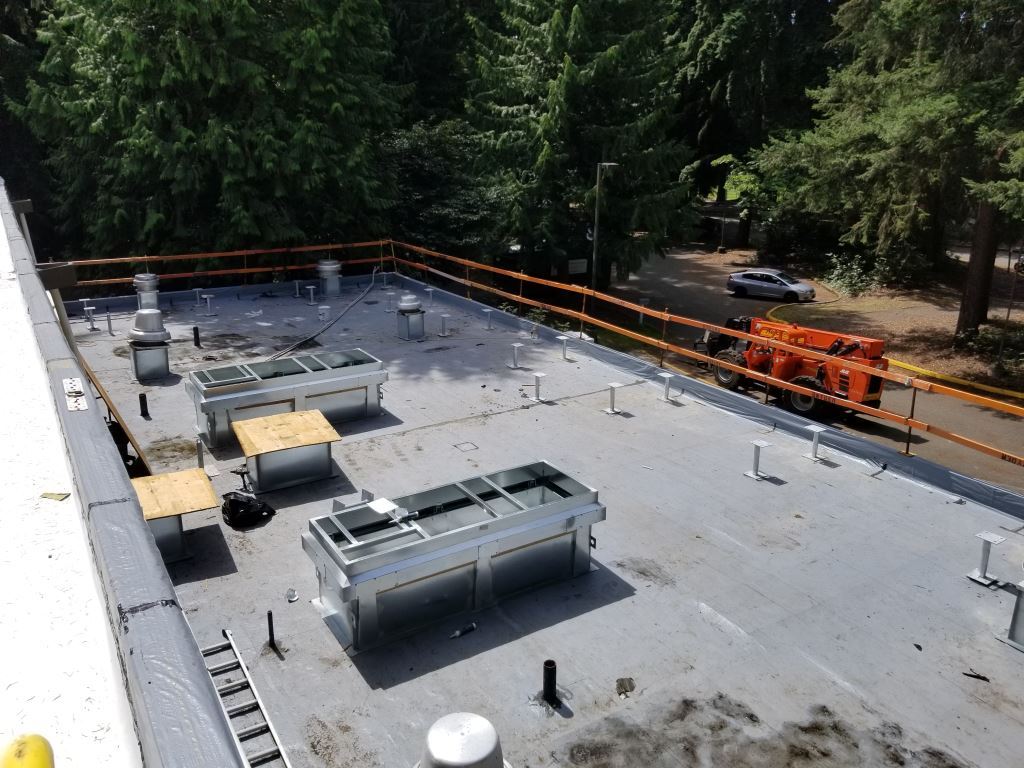 Crews continued work on the upper roof – with the second half of the upper section completed this week. Work was also completed on installing and coating structural steel in the mechanical room, and testing was completed on the skylights. 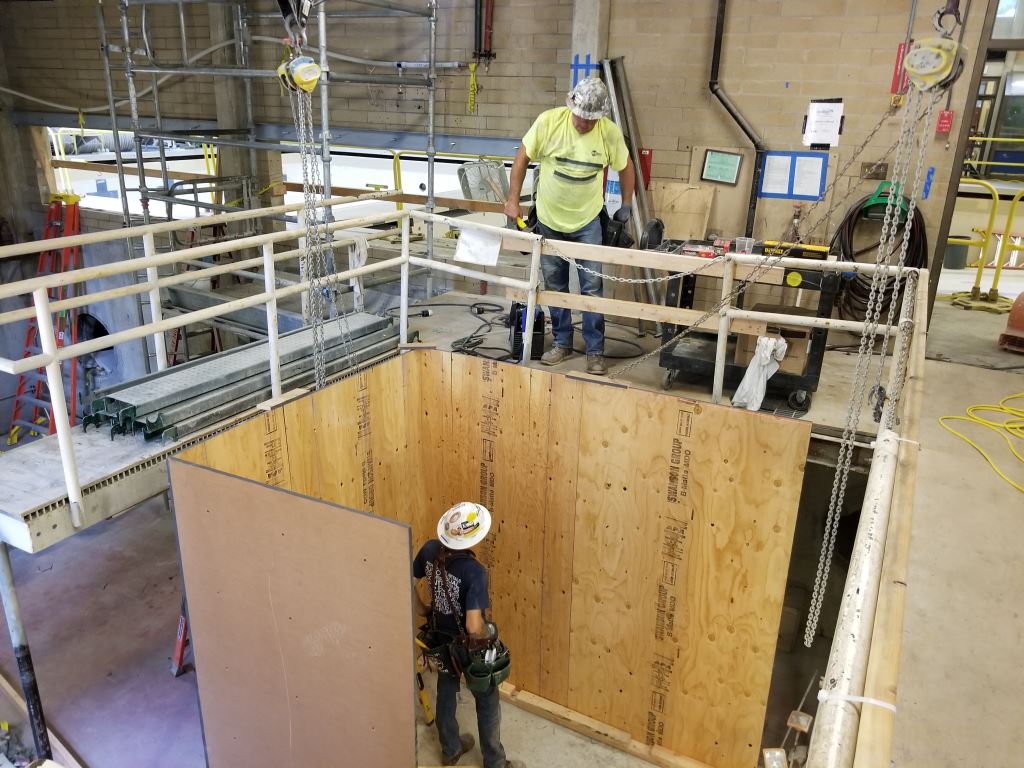 This week the crews started the installation of the new taper system on the roof, and 40% of the upper food was installed with the new TPO surface membrane. A ramp was also constructed, and installed in the pool to allow crews to move lifts into the pool and completed work on the ACT ceiling above the pool. 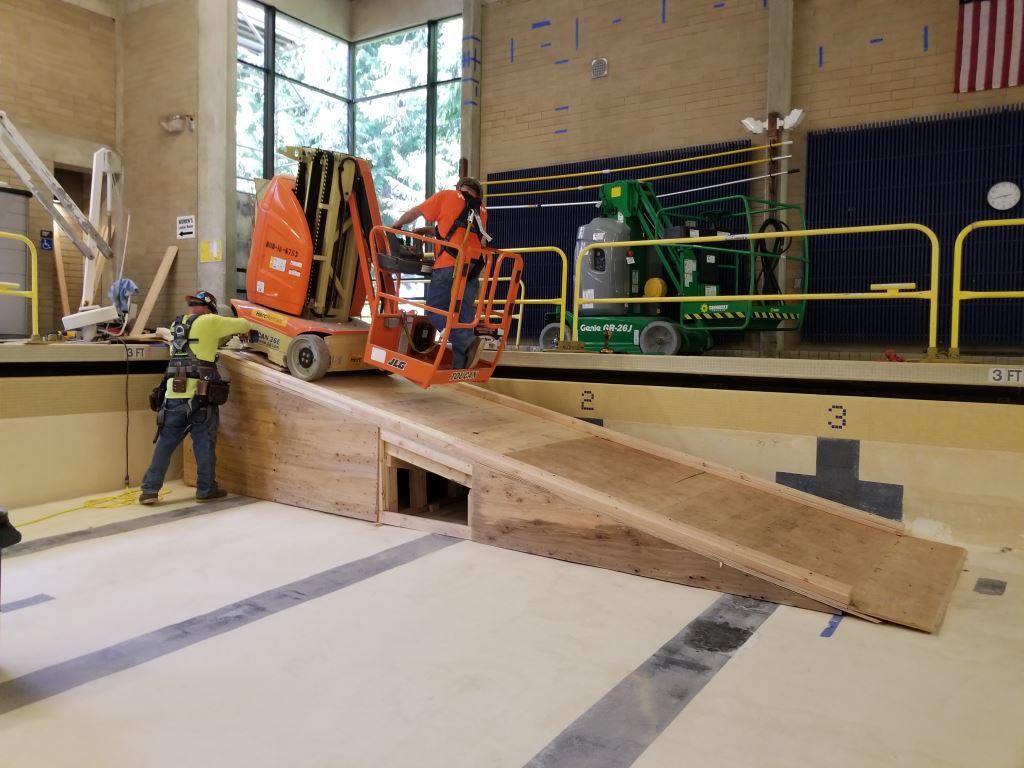 Crews installed steel and structural steel components in the mechanical room, and removed filers out of the surge tank. Roof insulation was delivered, and staff continued to demo the upper roof. 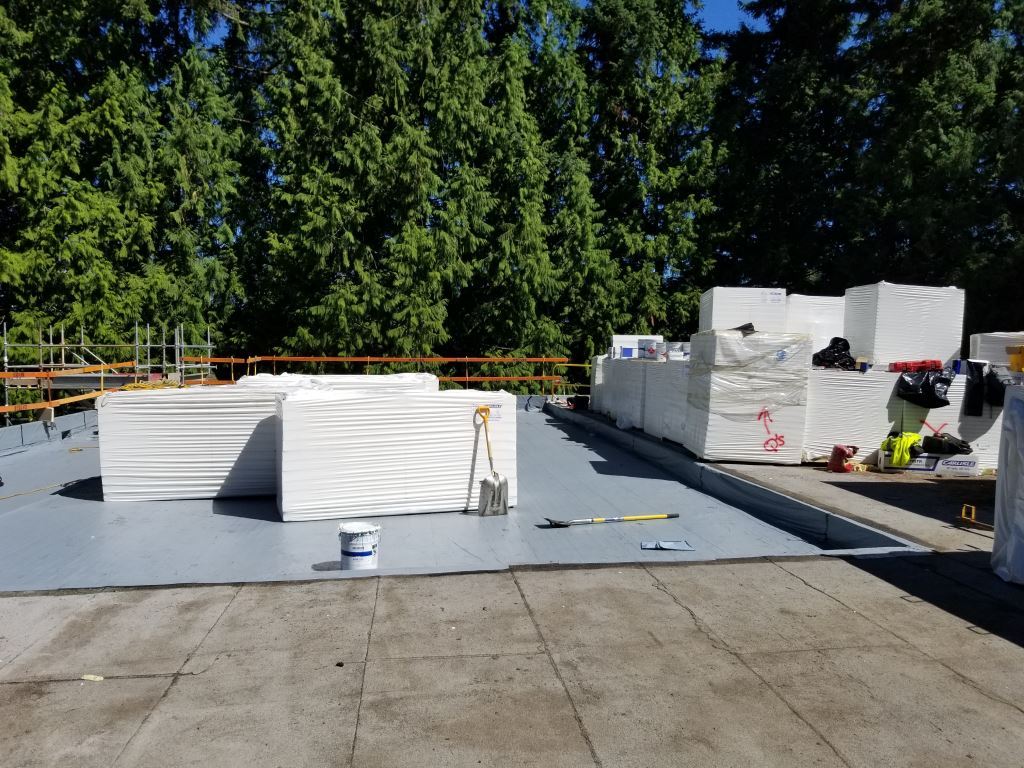 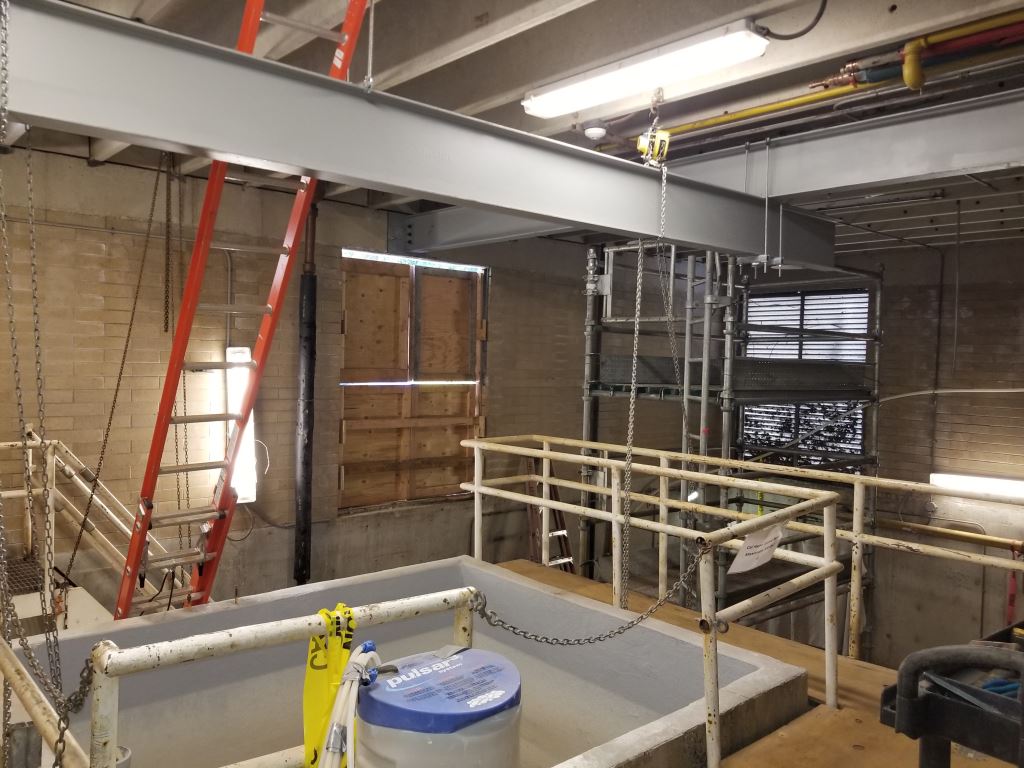 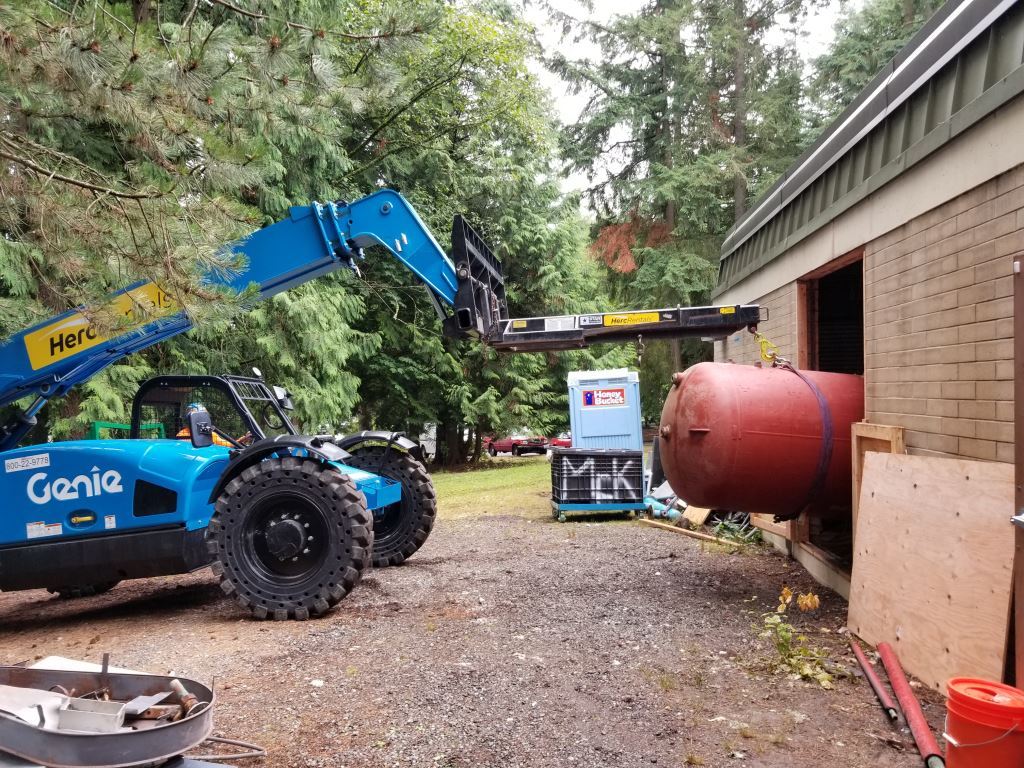 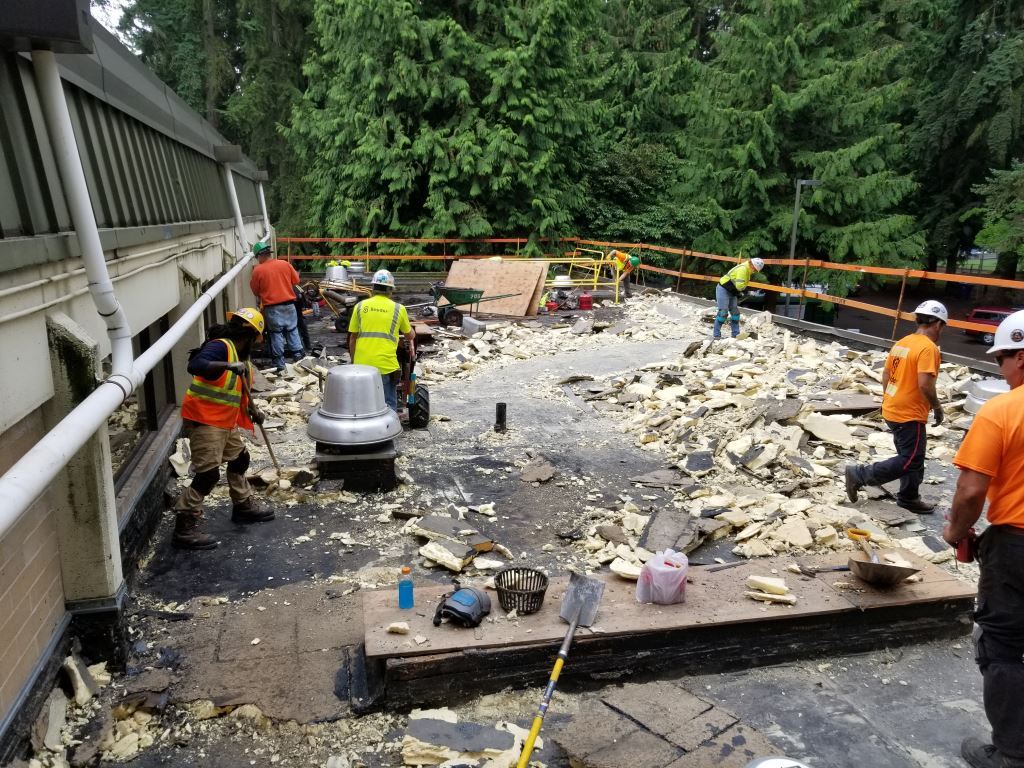 All large pieces of equipment were removed from the mechanical room, and fencing was placed around the perimeter of the pool for safety and security. A carpenter team removed some of the ACT ceiling over the pool walkway to prepare for a clear space for new duct and lighting installation. 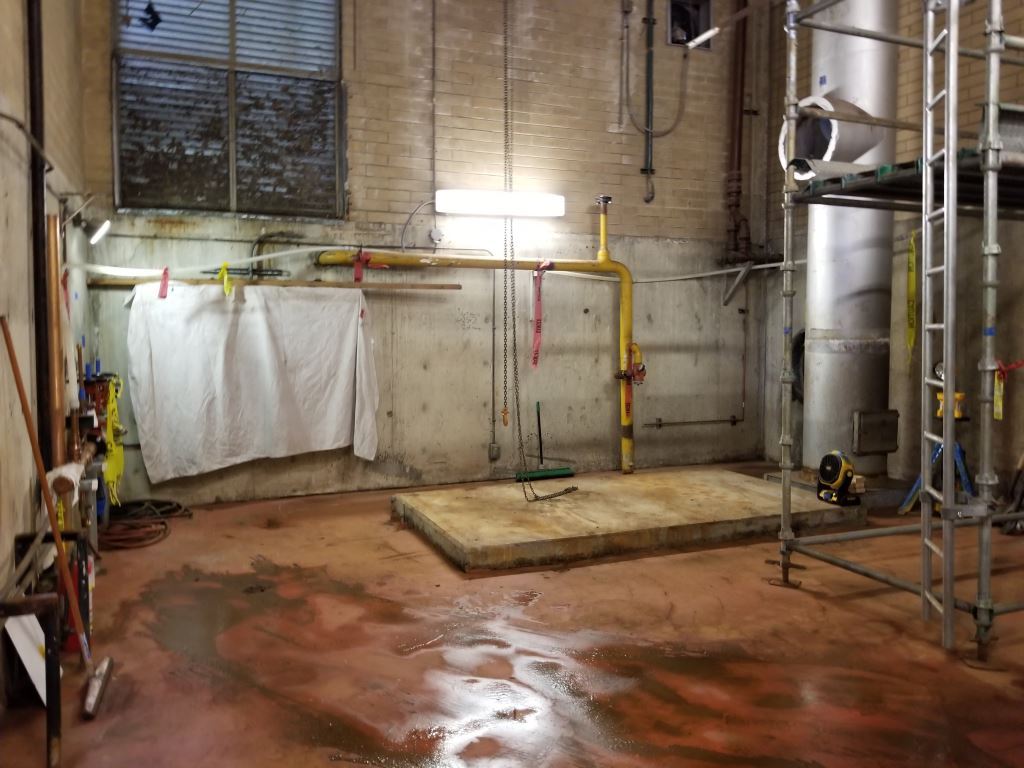 Crews started the draining process of the Redmond Pool, and plumbers and fitters were onsite this week to demo the piping systems and pumps in the mechanical room. The next week will be focused on removing some of the largest systems, including the air handling units, and begin to scope and assess the pipes once the pool is fully drained 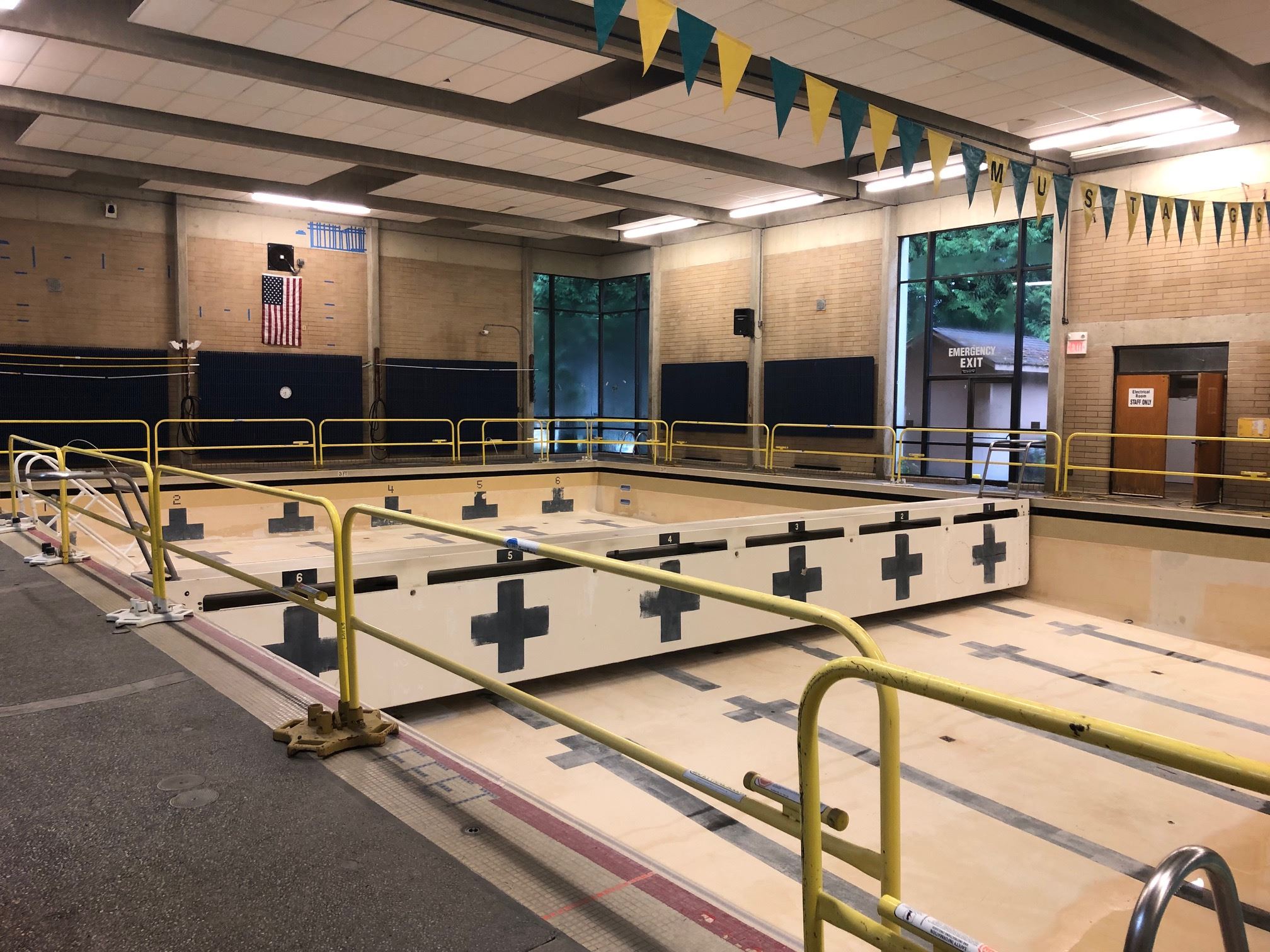 The Redmond Pool closed today to begin Phase 1 work of the Pool Improvement project. City crews and contractor staff started to drain the pool and prepare the space for improvement work to begin. 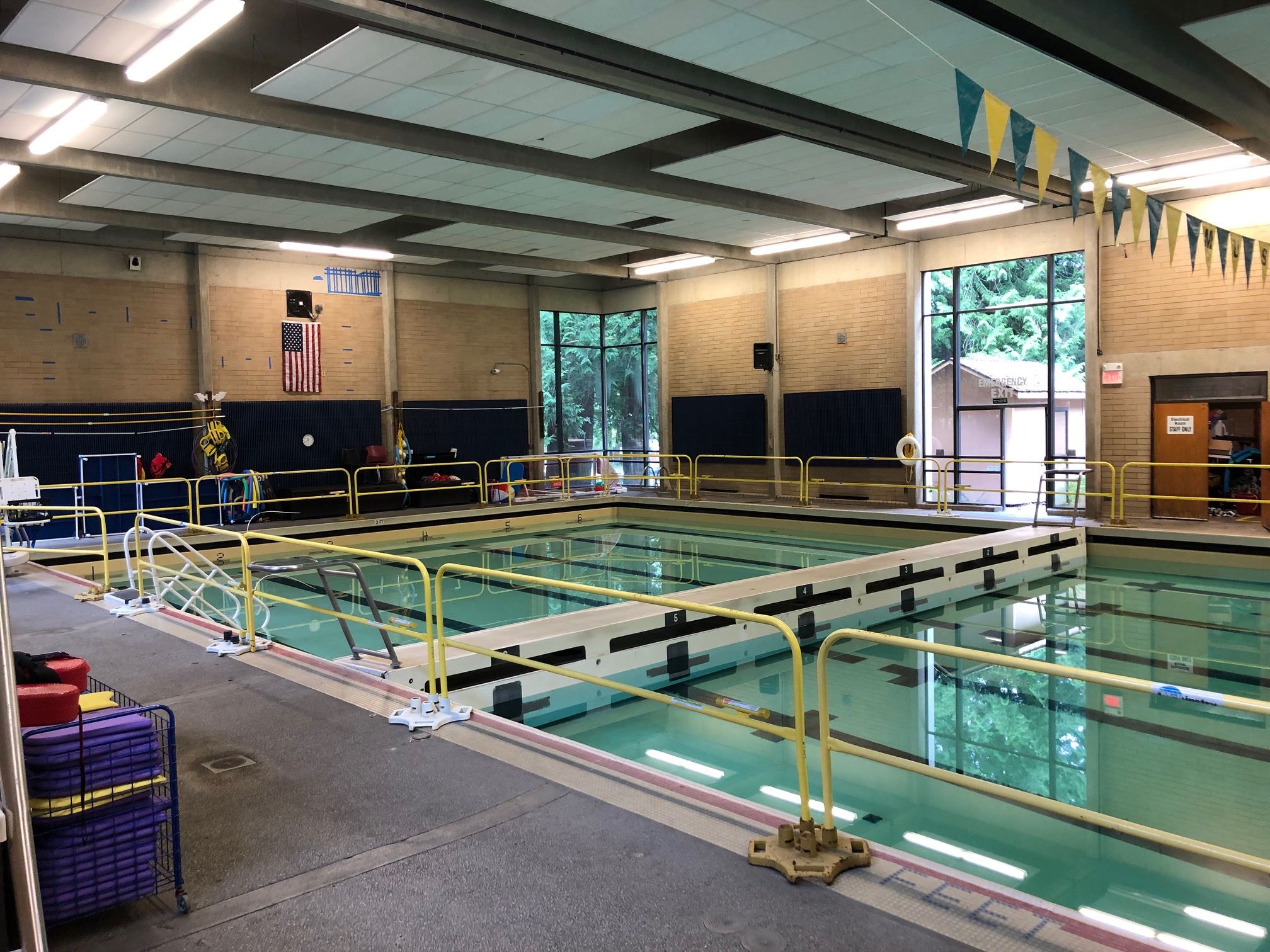 The Redmond Pool closed on June 24, 2019 to start Phase 1 improvements. Crews have been onsite each week to complete the replacement and repair of essential systems in the building.

Join us on January 23, 2020 at 6:30 p.m. in the lobby of Redmond City Hall to provide feedback on Redmond Pool Improvements.