The Redmond’s Community Centers Project is a comprehensive planning effort for all of Redmond’s recreation, cultural arts, aquatics, and community gathering indoor facilities. The Redmond City Council adopted the Future of Redmond's Community Centers Report in 2017. This report outlines the community priorities, community values, and urgency for action to create more community space in Redmond. The initial report adopted by Council was the result of extensive community outreach between 2016-2017. Comprised of 35-40 citizens from various groups throughout the community, the Recreation Stakeholder group guided the community outreach process.

Encompassed within this project is: Envisioning the Future of the Redmond Senior Center Building, the Redmond Pool Improvement Project, Redmond Community Center at Marymoor Village, and the Inter-local Agreement with Lake Washington School District for the Old Redmond Schoolhouse.

The Need for community space in redmond

The Future of Redmond's Community Centers Report, adopted in 2017, identified a need for additional community space in Redmond. Since 2017, this need has greatly increased.

Between 2000-2017, the City of Redmond operated 72,300 sf of community center space through the Old Redmond Schoolhouse, Old Firehouse Teen Center, and Redmond Senior Center. In December 2017, the City relocated from the Old Redmond Schoolhouse to the Redmond Community Center at Marymoor Village, decreasing available space to 50,600 sf. The City currently leases this building from the Lake Washington Institute of Technology.

While many services, rentals and activities were relocated to the new community center, some ongoing community rentals, sports programs, and partnerships were canceled due to space limitations.

The Old Redmond Schoolhouse was the City's main community center between up until 2017 through an inter-local agreement with Lake Washington School District. Annual usage of this 40,000 sf space included 170,000 annual visitors, 125 large-scale rentals for cultural celebrations, dances and milestone moments, 35 ongoing community rentals, and a variety of recreation services.

The Redmond Community Center at Marymoor Village has significantly reduced capacity and amenities in the following:

The closure of the Redmond Senior Center in September 2019 creates urgency not only in the need for dedicated senior space, but also for gathering space and adequate program space for all ages. No City facility provides a commercial kitchen, large enough space for events, performances, cultural gatherings, or adequate program space to meet the growing needs of the community. Following this closure, the City operates 28,600 sf of community space between the Redmond Community Center and Old Firehouse Teen Center.

Through a new lease agreement with Lake Washington School District for the Old Redmond Schoolhouse, the City will have access to 9,785 sf, which includes the gymnasium, clay studio, and two flexible spaces starting in 2021. The auditorium and commercial kitchen for public use are not included in the lease agreement, and the City is still short on flexible classroom/program space.

We Need Space To Meet The Growth In Redmond

As Redmond continues to grow, gathering spaces are in high demand. Public engagement for Redmond Community Centers has been taking place for the past five years. Most recently, a concentrated public engagement effort about "Envisioning the Future of the Redmond Senior Center" took place from December 2019-March 2020. The Recreation Stakeholders, represented by 35-40 citizens from various groups in the community, guided the process. Recently, the Recreation Stakeholders completed a summary report and presented the community's recommendation to the City Council about the future of the Redmond Senior Center building. 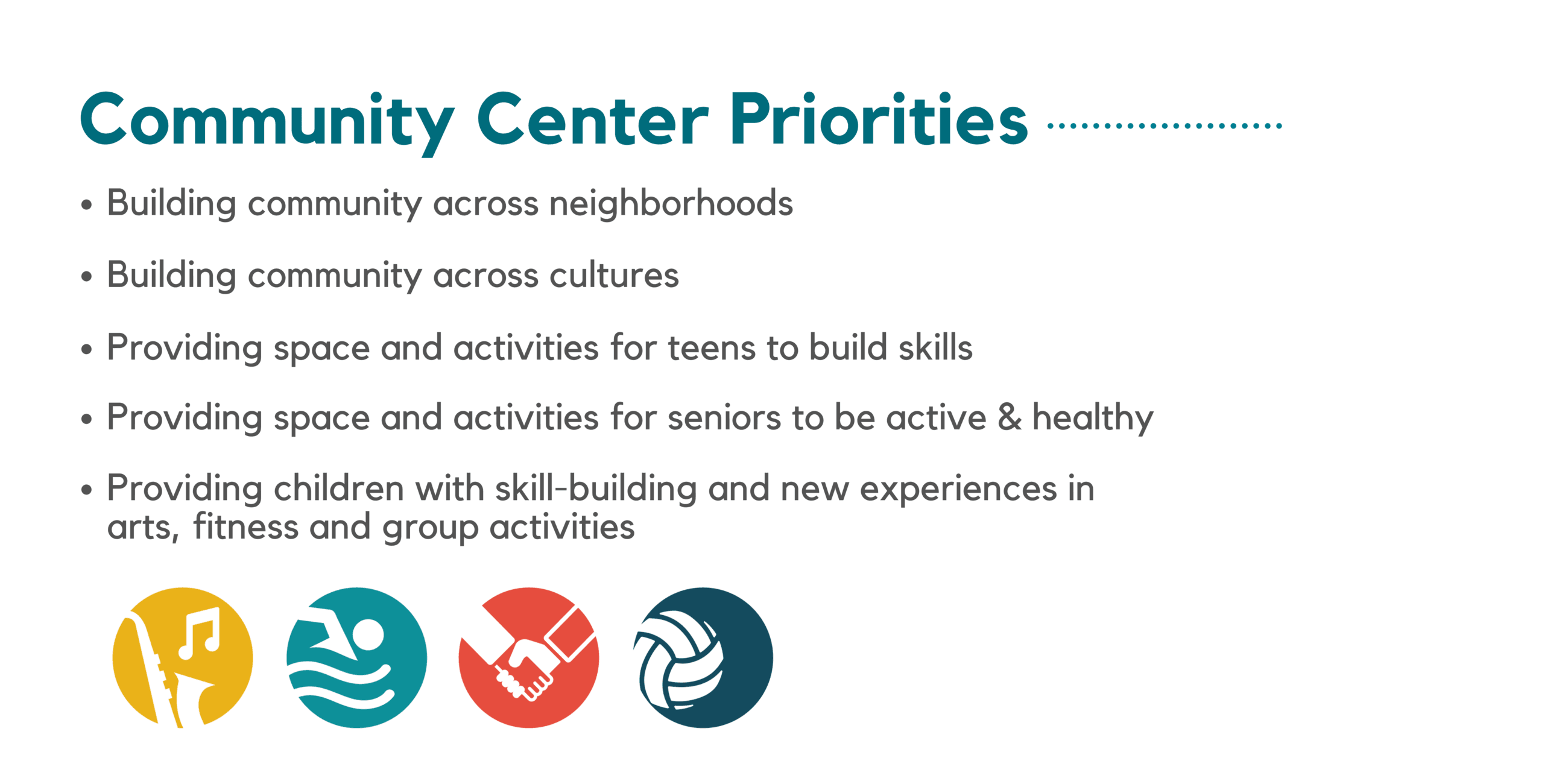