A Commitment to Public Trust

The command staff of the Redmond Police Department is strongly committed to providing professional policing services to those who live, work, play, learn and invest in the City of Redmond. We are guided by the City values of commitment to service, integrity and accountability, which compliment our Department values of respect, professionalism, dedication and leadership. Your police command staff helps to drive positive policing outcomes to improve public safety for our community in concert with other City Departments. 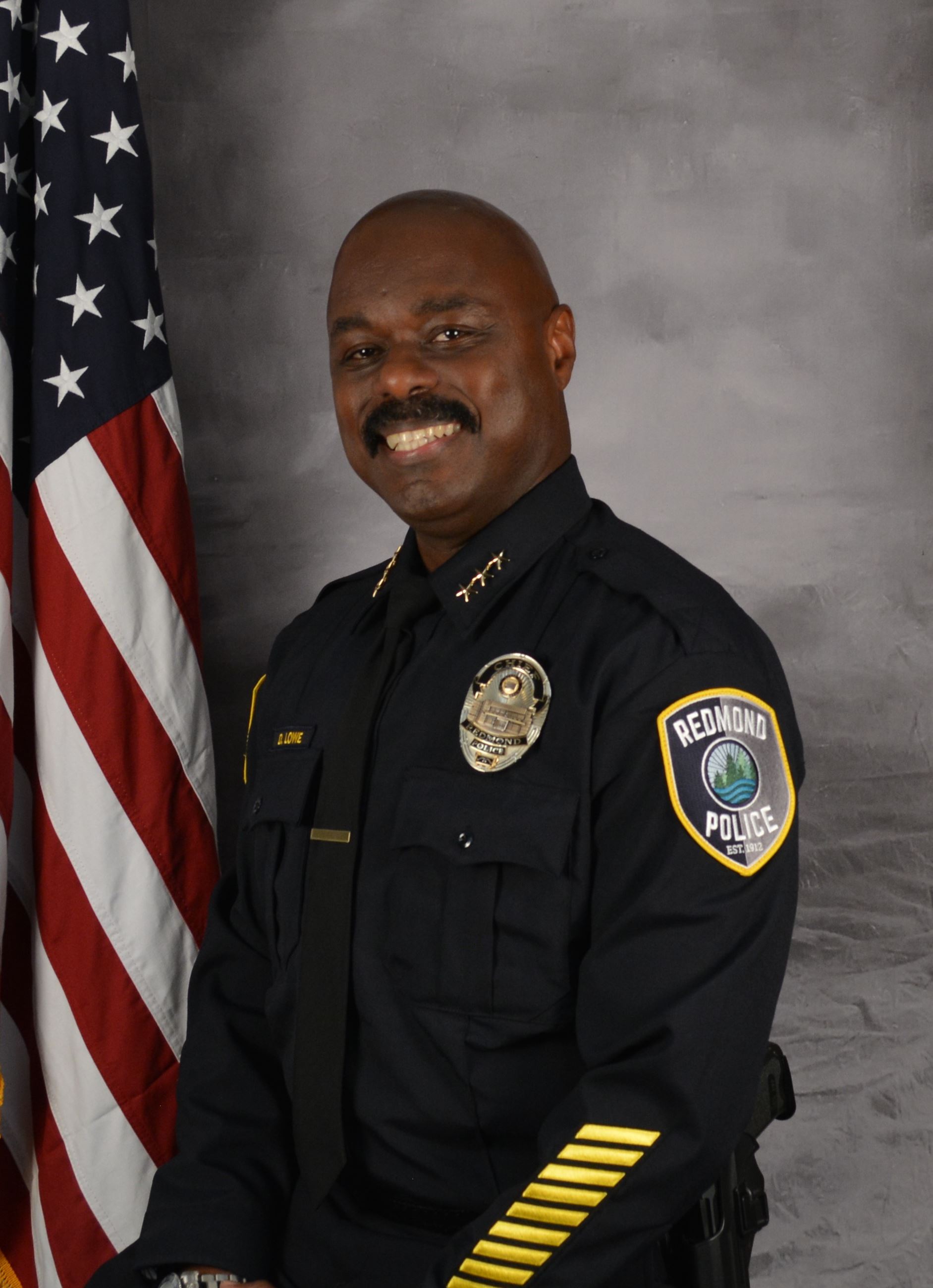 Chief Lowe is a 27-year law enforcement veteran who was previously with the Santa Monica, CA Police Department. He has experience as a Division Commander, Executive Officer and Captain. Chief Lowe has a master’s degree in Emergency Services Administration from California State University Long Beach and a bachelor’s degree in Sociology from California State University Northridge. He has designed training courses that are now the state standard for California, is a contributing author of Department of Justice guidebooks, and has collegiate college teaching experience. 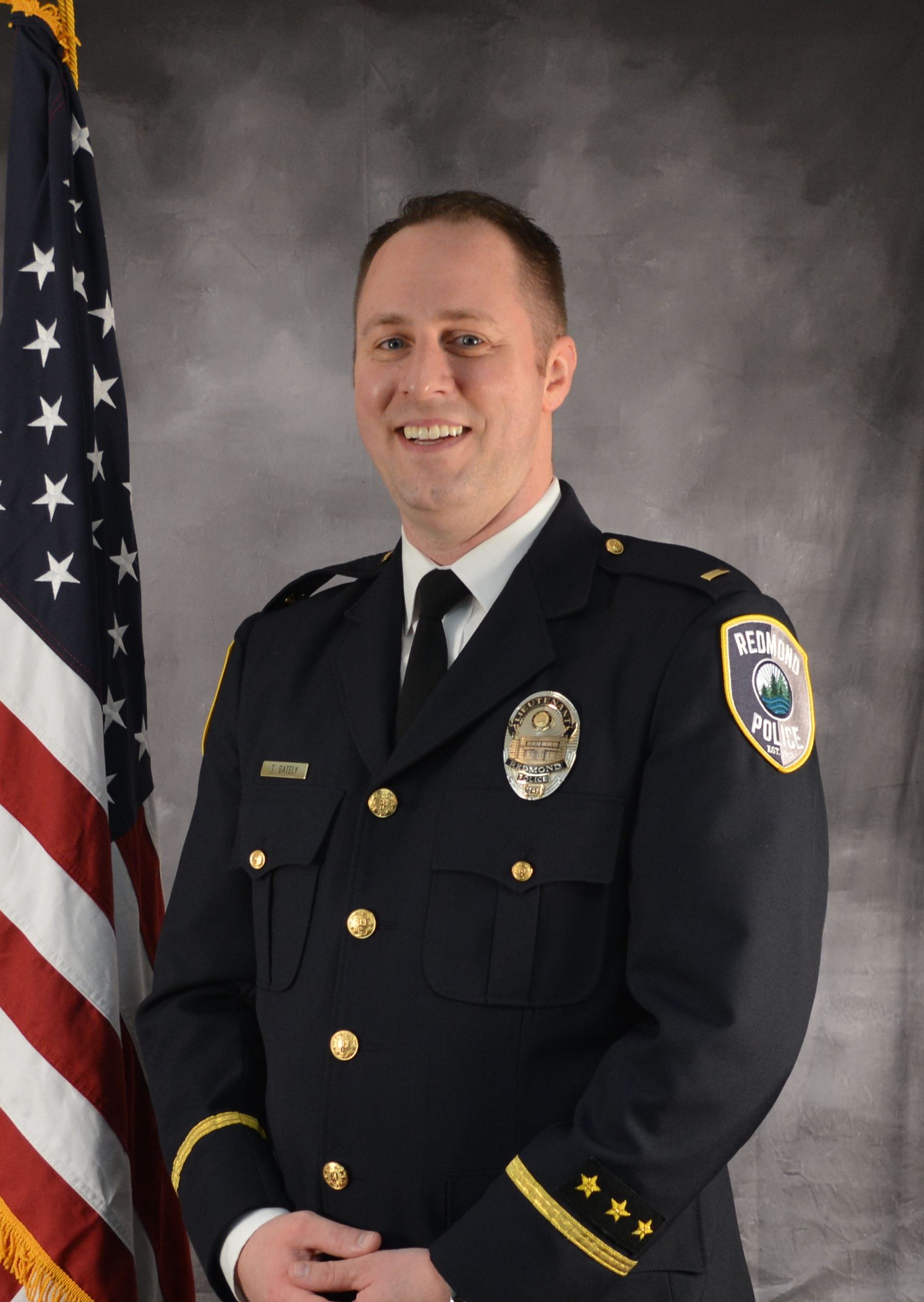 Captain Tim Gately was appointed as a provisional Captain in 2020 and currently oversees the Administration Bureau. Capt. Gately was hired by the City of Redmond in 2004 and is a 21-year law enforcement veteran. His command-level assignments include patrol operations, criminal investigations and administration. Capt. Gately holds a Master’s of Public Administration (EMPA) from the University of Washington and a B.S. in Communications from the City University of Seattle. He is a graduate of the FBI National Academy and the Center for Creative Leadership. Capt. Gately has authored national publications addressing community responses to homelessness and public-private regional partnerships. 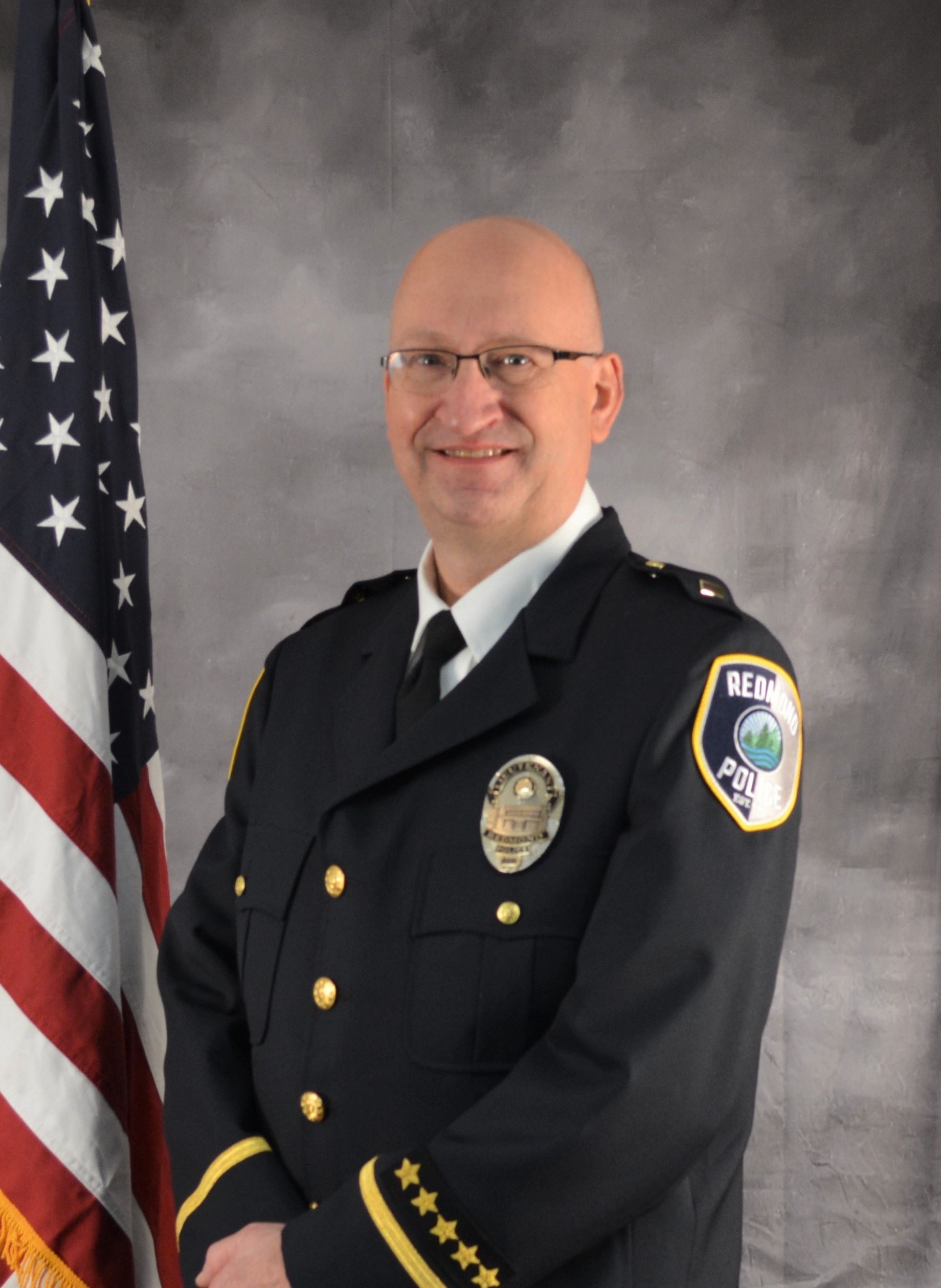 Captain Brian Coats was appointed as a provisional Captain in 2020 and currently oversees the Operations Bureau. Capt. Coats was originally hired by the Redmond Police Department in 1991 as a limited commission Police Support Officer. He became a full-time commissioned Police Officer a year later and developed experience in a wide variety of disciplines. Capt. Coats served as a Field Training Officer, Administrative Systems Officer, Detective, PIO, SWAT operator, and CNT supervisor. He was promoted to the rank of Sergeant in 2012 and the rank of Lieutenant in 2018. Capt. Coats holds a B.A. in Political Science from Western Washington University and is a graduate of the Northwestern University Center for Public Safety School of Police Staff and Command. Capt. Coats is known for his tenacity to solve problems by working collaboratively with both internal and external partners.

Support Services Manager Sheryl Mullen has been with the Redmond Police Department since 2016. She oversees the civilian employees in the 911 center, records unit, and evidence unit. She began her career as an Emergency Dispatcher in 1989 at the Bellevue (WA) Police Department’s Eastside Communications Center. SSM Mullen holds a Bachelor of Arts in Education from Western Washington University, has completed the Northwestern University sponsored School of Police Staff and Command in 2017, and has completed APCO’s Registered Public Safety Leader certification program. She holds a Middle Management Career Level certification with the Washington State Criminal Justice Training Commission. SSM Mullen seeks out opportunities to be involved in the community, including Shop with a Cop, understanding and advocating for public awareness of the important work civilians do in law enforcement.

Lieutenant Martin Fuller began serving with the Redmond Police Department in 2002 where he spent four years in the patrol division. In 2006, he joined the Traffic Division, providing technical collision investigation skills and aggressive driving enforcement. During that time, he also trained many department members as a Field Training Officer and EVOC (driving) Instructor. Lt. Fuller was promoted to Sergeant in 2011. Since then, he has served as a Patrol Sergeant, Training Sergeant and Pro-Act Unit Sergeant. In 2018, he was promoted to Lieutenant where he oversaw uniformed operations for the Redmond Police Department; including Patrol, Traffic and Bike Team. 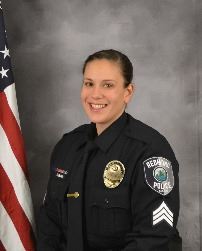 Lieutenant Julie Beard was appointed as a provisional Lieutenant in 2020 and currently oversees Dayshift Patrol Operations, including the Bike Unit, Traffic Unit, and Mental Health Professional program. Lt. Beard grew up in Duvall, Washington, in a family of first responders and dedicated volunteers. She has a Bachelor’s Degree in Psychology from the University of Washington and a Master’s Degree in Organizational Leadership from Gonzaga University. She is a graduate of Washington Police Corps, a federally funded police academy intended to develop community-oriented police officers with enhanced training. Lt. Beard has served at the Redmond Police Department since 2004, working as a patrol officer, Taser instructor, recruiter, Explorer Advisor, Field Training Officer, Neighborhood Resource Officer, Peer Support Team Member, Patrol Sergeant, and Community Engagement Sergeant. She also serves on the board of the Northwest Women’s Law Enforcement Network. Lt. Beard lives in King County with her husband and children. She enjoys participating in triathlons and playing soccer with her family.