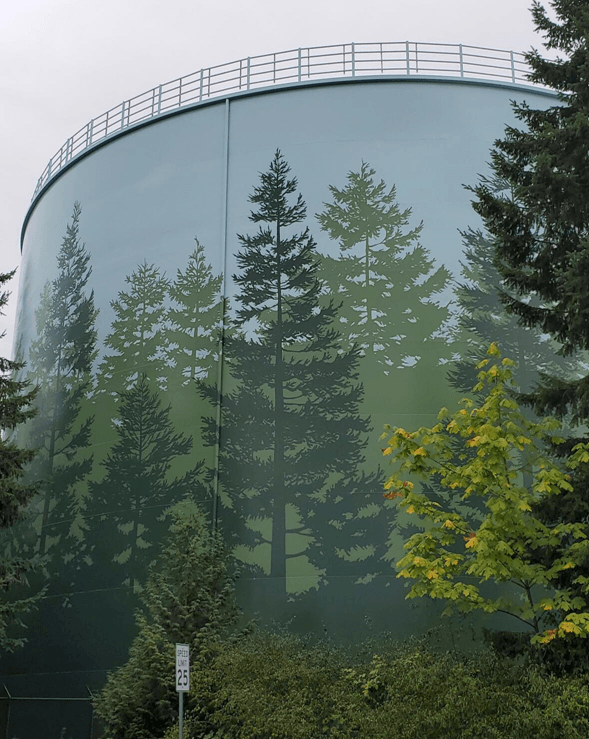 The City owns and operates a water reservoir tank in the SE Redmond Neighborhood near Fire Station 16 and Genie Industries. The steel water tank, built in 1996, is over 60 feet high and has a diameter of over 100 feet. The water tank has a capacity of 4.5 million gallons. After over 20 years, the tank interior and exterior paint surfaces were scheduled for re-coating.