Redmond is preparing for the arrival of four light rail stations: Overlake Village, Redmond Technology, Marymoor Village, and Downtown Redmond stations. Extension of Sound Transit’s light rail into Redmond will provide fast, frequent and reliable connections around town, Bellevue, Seattle and to the rest of the region.

The City's Role with Light Rail

Although this is a Sound Transit project, the City of Redmond is working together with them to share information on construction, traffic impacts, and other issues that may affect our community or nearby homes, businesses, or properties during the design and construction of light rail.

*Per Sound Transit on Aug. 18, 2022: Work is ongoing to identify new opening timelines for four light rail projects currently in construction. While the East Link Extension was planned to open in mid-2023, construction challenges are currently projected to delay completion by at least a year. While the Downtown Redmond Link Extension was planned to open in late 2024, construction challenges may delay completion by four to six months. An upcoming programmatic review will also assess shared resources and project sequencing. Expect further updates in Q4 2022.

To get riders to and from light rail, Redmond has secured funding and is partnering with Sound Transit to construct a number of multi-modal city facilities to create access to the four stations, including: 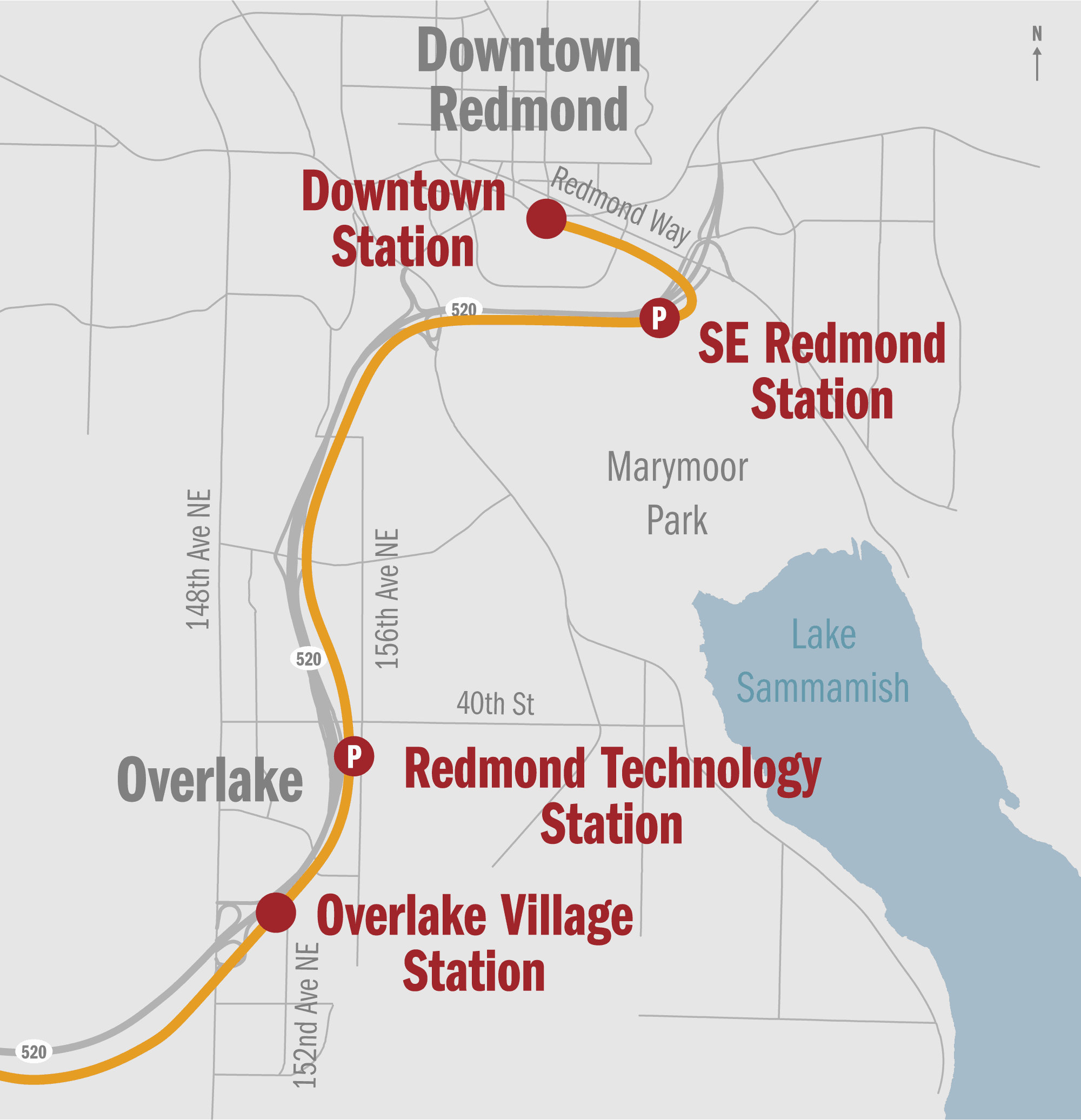